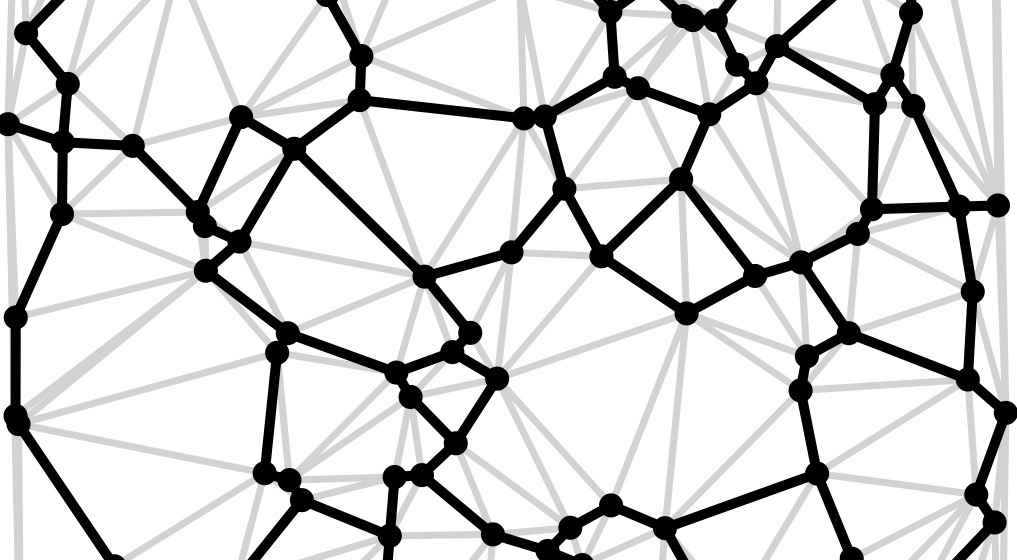 Vaccination – or the lack of it – is big news, and impinges on the age-old philosophical question of the rights of the individual vs the security of the community. But I am not concerned with philosophy here, or even with medicine. What interests me, and what I hope will interest you, is the mathematics. Because mathematics is central to the whole issue.

That’s right – mathematics. It all started with the Hungarian Paul Erdös (pronounced “air-dish”), whose biography The Man Who Loved Only Numbers is one of my all-time favourite books.

Not that I could have lived like Erdös. He had no home, no bank account (it was handled for him by a friend) and (luckily for other motorists) no car. He seems to have been totally inept at practical things, and once covered a friend’s kitchen floor with orange juice because he couldn’t work out how to open the carton, and ended up stabbing a hole in it with a pair of scissors. He simply travelled the world, staying with other mathematicians and talking mathematics to the exclusion of all else. He saw the world in terms of mathematics, and even described his friends’ children as epsilons – the Greek symbol that mathematicians use to describe an extremely small quantity.

One of Erdös’s interests was in the mathematics of networks, where he and his colleague Alfred Rényi proved a remarkable theorem. To make it concrete, let’s say it is about it is a network of people, some of whom have contact with their nearest neighbours (you can probably see where this is going now), and some of whom don’t. If the number of contacts is relatively few, the network will consist of small connected groups, like isolated communities. What Erdös and Rényi showed (for a network where the connections are random) was that there is a critical fraction of connections (a bit over 60%) above which the network suddenly becomes totally connected, so that there is always a pathway between any two members. That critical fraction is called the percolation threshold – a very evocative term when it comes to the percolation of a disease through a community.

I’ve simplified the argument, but that’s what vaccination is basically about; to reduce the number of connections to below the percolation threshold.

Why am I writing about this here? Because I believe that science should be an intrinsic part of our culture, which means that we need to get the number of people interested in science, talking about science, enthusing about science, and actually doing science above the percolation threshold. We are nowhere near it yet, which is why the anti-science whoo-whoo brigade still have such a hold. To vaccinate against them, we need more people who understand what science is about – people like you.