How to make a perfect cheese sandwich 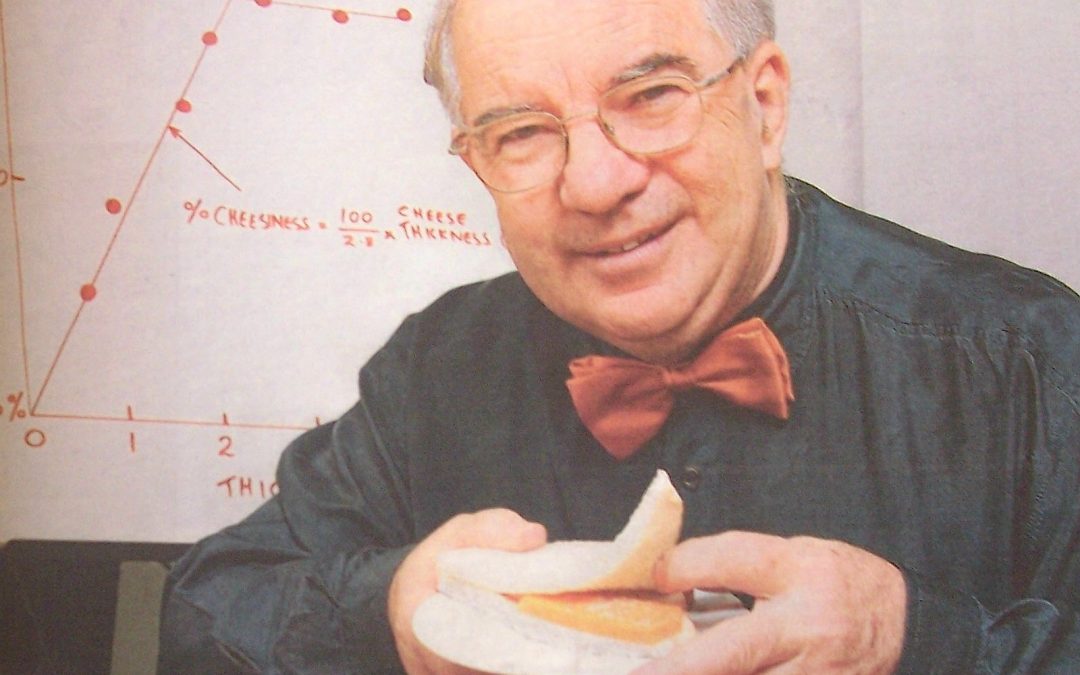 Way back in 2003 the British Cheese Board asked me if I could work out scientifically the optimum amount of cheese to put in a cheese sandwich. Well, I did, by measuring the concentration of aroma released when I ate sandwiches made with different thicknesses of cheese.

To my surprise, there was an optimum thickness (between 2mm and 3mm, depending on the cheese), above which the released aroma concentration ceased to rise (I still don’t know why!). Fast forward to 2022, and the Oxford Symposium on Food and Gastronomy. The theme was Portable Food, and I was asked to join Danish food writer Birgitte Kampmann’s wonderful real-time online “Kitchen Lab” and test whether people’s perception of “cheesiness” flavour followed the aroma results – something that I have always wondered about.

I tried it out with eleven experienced tasters at the symposium proper, using Red Leicester cheese on white bread. The results were quite staggering: 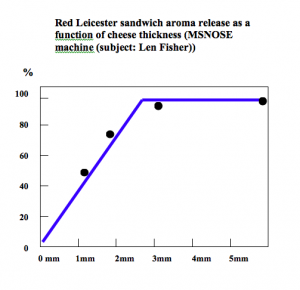 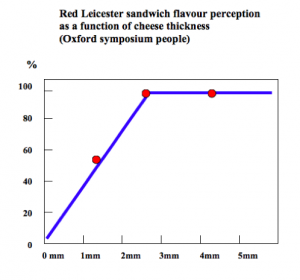 Of course there was some scatter (around 6-7% standard error), and there are other factors that need to be examined and/or controlled. These are only preliminary results. It would be fun to investigate them further, and perhaps even significant for the way in which we prepare and use our foods. One day I might get round to it. In the meantime, as with my Kitchen Lab volunteers, why not try it yourself?