Weird Experiments – Or Were They? 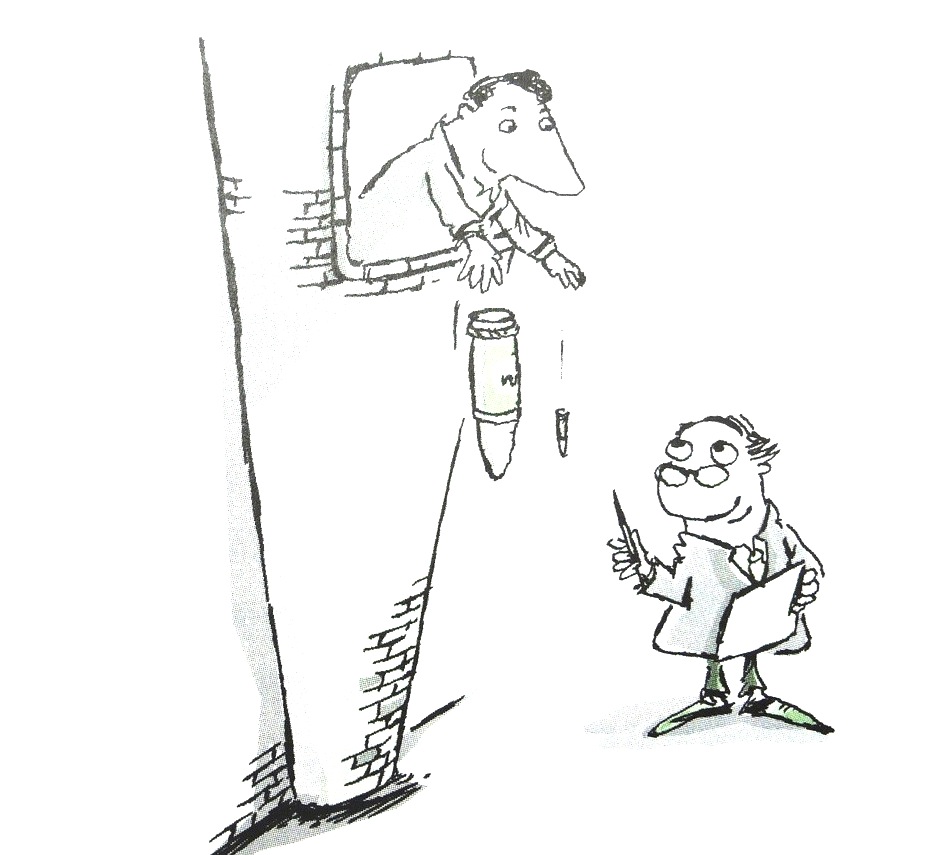 Every so often a scientist performs an experiment that seems ridiculous to his or her contemporaries, but which ultimately revolutionizes our view of the world. For each such experiment, there are hundreds of other attempts to overturn the status quo that really are ridiculous and misconceived. Government science funding policy relies on the ability of experts to distinguish between the two, but how easy is it in practice to distinguish the brilliant from the bizarre? Here are some weird-sounding experiments from the past and the present which show just how difficult the task can be:

Philosophers have long argued over whether the soul, if it exists, must be a material substance or not. In the early 1900s the America doctor Duncan MacDougall decided to try to find out by putting patients dying from tuberculosis, bed and all, on a set of scales and watching to see whether their weight dropped suddenly when they died. Staggeringly, it did, in four out of the six patients that he studied, with an average weight change of 21 grammes – about as much as a slice of bread.

Were MacDougall’s experiments brilliant or bizarre? If one accepts his argument that the soul must be a material substance in order to be able to affect our material bodies, then the experiment was a sensible one, and certainly fits modern scientific criteria. One of those criteria, though, is that ‘Extraordinary claims require extraordinary proof’, and the limited sensitivity of the MacDougall’s scales has left his results open to doubt. It would be very interesting to repeat his experiments using accurate, modern scales – any volunteers?

If you have a sensitive disposition, you would be wise to skip straight to the next topic. Trepanation (cutting a hole in the skull to relieve pressure) was practiced by the ancient Egyptians. In the 1960s two people called Joey Mellen and Amanda Feilding decided to try it in the hope that it would ‘expand their consciousness’. Unable to find any doctors willing to perform the operation, they each did it on themselves – looking in a mirror while using an electric drill fitted with a cylindrical hole-cutting saw blade! Amazingly, neither died, and both claimed an enhanced feeling of well-being after the experience, so that in their own eyes at least the experiments were a success. They later married each other, and seem to have lived a perfectly normal family life. Amanda made a film of her self-operation (called ‘Heartbeat in the Brain’) which still has the power to cause viewers to faint.

Why would anyone want to feed Prozac to clams? To save them from the depression induced by spending life in the bottom of a glass tank? The experiment seems too fatuous to be true, and earned its perpetrator, Professor Peter Fong of Gettysburg College, Pennsylvania, a spoof IgNobel Prize in 1998. The motto of the IgNobel Prizes is “First, they make you laugh. Then, they make you think.” When I talked to Fong about his experiments, I found that he had done a good deal of thinking, and that his odd-sounding experiment was far from fatuous. One of the problems that commercial clam farmers face is that of inducing the clams to spawn in synchrony so as to maximize the number of baby clams produced. To start the spawning process, American clam farmers add very expensive chemicals to the water. Fong noticed that Prozac had a similar chemical structure, and decided to try it instead. Prozac is a very much cheaper material, and thanks to Fong’s experiments clam farmers in the Third World can now compete on a more equal basis with their American counterparts.

Capturing Lightning in a Bottle

In 1752 the Frenchman Thomas-Francois D’Alibard devised an experiment to collect lightning from a cloud and put it in a bottle. He had a dragoon called Coiffer stand during a lightning storm on a wobbly stool that consisted of a slab of wood supported on three empty wine bottles while holding a fifteen-metre long iron rod in the air. The lower end of the rod touched a glass bottle covered on the inside and the outside with metal foil (a ‘Leyden jar’). This experiment sounds even crazier than self-trepanation, but it worked (and Coiffier survived!), and provided the first proof of Benjamin Franklin’s conjecture that lightning was a form of electricity.

When I began working as a scientist in the late 1960s, the big news was that molecules which were dissolved in water could affect the structure of the water over quite long distances. The claim seemed incredible, but experiment proved it to be true. Then, in 1988, the French immunologist Jacques Benveniste (who died on October 20th of this year) claimed that the water ‘remembered’ the imposed structure even after the added molecules had been diluted out. If Benveniste’s claim had been true, we could make computer memories out of water. His claim went against established science, where there is an accumulation of evidence which shows that water structure is labile and evanescent on a time-scale of microseconds. It may nevertheless have been a brilliant and unexpected new phenomenon, but other scientists have unable to replicate his experiments, and his ‘discovery’, like so many others, has been relegated to the ranks of the bizarre.

My colleague at Bristol University, the renowned theoretical physicist Sir Michael Berry, made headlines several years ago (and earned an IgNobel Prize) through his studies with Dutch professor Andrey Geim on how to levitate a frog. Was this just physicists having fun, or was there a more serious purpose?

In fact, the purpose was very serious. For over a hundred and fifty years physicists have believed that it is impossible to balance gravitational and magnetic forces so as to achieve stable levitation, no matter how the magnets are arranged. There is even a theorem (Earnshaw’s theorem) that proves this. Michael Berry was the first person to spot that the theorem does not apply if the object is spinning, as the magnetized metal frog in a toy known as a levitron does. Not content with toy frogs, he arranged with Geim to experiment on a real frog which was ‘magnetized’ by suspending it above an extremely powerful electromagnet. The pictures of the surprised, but otherwise unharmed, frog slowly spinning in mid-air are among science’s most memorable icons.

The Dangers of Farting Cows

Anything that a scientist can calculate, he or she will. Einstein calculated in his youth that putting his socks on in the morning and taking them off again at night would occupy him some hundreds of hours during the course of his life, and thereafter went sockless. More recently, scientists turned their attention to calculating the amount of methane that cows produce as they burp and fart their way through the day. It sounds like the meaningless calculation of an idle moment, but they found to their surprise that enough methane was being produced to contribute to global warming. The problem is so serious that Australian scientists are now using the techniques of genetic engineering in an attempt to reduce the problem!

If you are looking for a daft-sounding experiment, you don’t need to go further than experiments performed by food scientists in the 1970s in an attempt to resolve the vexed question of why the Brazil nuts always seem to come to the top in a packet of muesli or mixed nuts. Surely this was a complete waste of time?

Sorry – wrong again. Mixing problems of this type are incredibly important in many industrial applications. Uniform mixing is especially important when it comes to drug production – I for one wouldn’t be too happy if some of the pills that I take to control my blood pressure contained double the specified dose of drug particles, while others contained none at all. On the flip side of the coin, the Brazil nut effect can be used to separate out larger from smaller grains of rice, say. The effect happens when smaller objects fall into the voids below the larger ones as the mixture is shaken, so that the larger ones are pushed inexorably upwards, contrary to intuition (before my fellow scientists start taking pot shots at me, I should say that I am fully aware that there are other processes also at work!)

The Effect of Viagra on Wilting Flowers

Finally, and briefly, there was the scientist who tried the effect of adding Viagra to a vase of wilting flowers. Viagra works by maintaining the blood pressure in the penis at a high level, but plants don’t have a blood supply, so the experiment seemed pointless. But it worked, and the flowers stood upright! The message is that anything is worth a try. A second message is that, although failure is much more common than success, we need to allow for many failures if we are to have those few brilliant successes. It is a message that Governments and their funding bodies would do well to heed.

“If Government laboratories had been operating in the stone age, we would have wonderful stone axes but no-one would have discovered metals”
J.J.Thomson