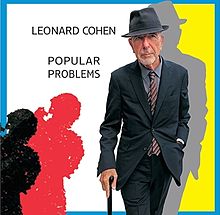 Leonard Cohen has died. Perhaps he should have received a Nobel Prize, or shared one with Bob Dylan, because he certainly produced some of the most memorable descriptions of the human condition to be found anywhere.

The one that sticks in my mind is this:

Everybody knows that the dice are loaded

Everybody rolls with their fingers crossed

Everybody knows the war is over

Everybody knows the good guys lost

Everybody knows the fight was fixed

The poor stay poor, the rich get rich

That’s how it goes

I first heard it on ABC Radio in Australia a scant twelve years ago. It seems stunning that someone who lived through the 60s, participated in anti-war demonstrations, and even helped to found a new political party (the Australia Party, if you want to know) could never have encountered Leonard Cohen’s music, or his poems. For it was as a poet that he began, and only turned to music later.

Rolling Stone has produced a brilliant tribute to the Canadian poet’s life at http://www.rollingstone.com/music/news/leonard-cohen-dead-at-82-w449792. Once my wife and I had discovered him, we couldn’t get enough of him. We were lucky enough to see him twice – once in Australia, and once in England – on the tour that he was forced to undertake after his agent had embezzled most of his retirement fund. He had a brilliant opening line: “I was 73 when I started this tour; just a kid with a dream.”

I am now 74, and still a kid with a dream – a dream to help make the world a better, fairer place (although through science rather than music). That was Cohen’s dream, I am sure, as he leaped lightly to his feet from a cross-legged sitting position during his concerts. The dream was tinged with blackness – but that’s how it goes.