The true place of science in gastronomy 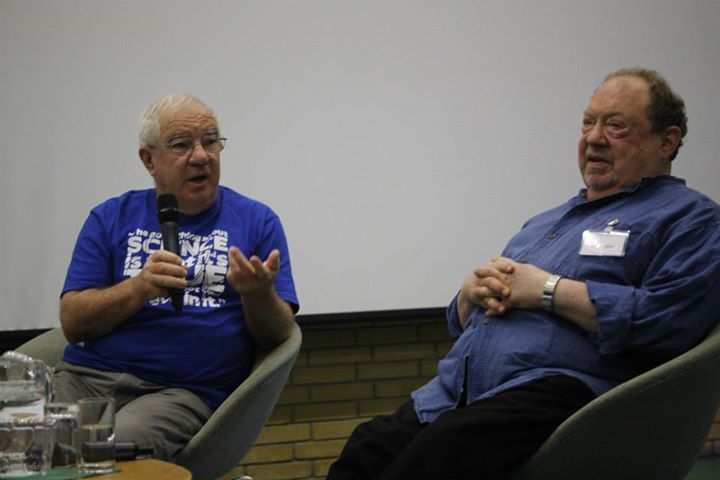 My contribution to a panel discussion at the Oxford Symposium on Food and Cookery, Sunday July 5th, 2015.

We don’t need to understand science to enjoy our food, but quite often we need science to provide us with food that we can enjoy, and understanding the science can add to that enjoyment.

When it comes to enjoying it in the gastronomic sense, a good starting point is early nineteenth-century Paris. This was when Charles Fourier invented the idea of “gastrosophy.” Jane Levi has recently published a wonderful article on this in the magnificently named Journal of Utopian Studies.

Jane explains that what Fourier did was to view “gastronomy” as just one element in a network that also encompassed agriculture, preservation and cooking, with all of them working in harmony to achieve a proper balance of pleasure and health for the diner. I would add that if you are inquisitive about what is going on – on your tongue, in your nose, in your brain – than satisfying that curiosity can add a further dimension.

In our modern scientific utopia Fourier’s dream has become reality, at least in the practical sense. Our food is vastly safer than it was in Fourier’s day, and scientific agricultural practices have made it more abundant, even if we are rightly worried about the long-term consequences of some of those practices. Many more people now have access to a much greater range of relatively fresh foods, thanks to advances in preservation and transport that I had a little bit to do with. And writers like our trustee Harold McGee and Shirley Corriher in the U.S., and Peter Barham here in the U.K., have brought our attention to the role of science in understanding and improving our cooking techniques. In fact, if you take science to be the act of checking out your ideas and beliefs against reality, then you could reasonably say that cooking is a science – or, at least, a scientifically-based activity.

In fact, science has become a bit of a fashionable buzz-word, and this is where the problems start. This term “molecular gastronomy” is one of those problems.

There were two major players who started it all. One of them was Nicholas Kurti, whom some of you will have known. He was an Oxford physicist, but also a passionate amateur cook, and he presented one of the earliest food programme on BBC TV in 1969. He called it “The physicist in the kitchen,” and he did things like using a vacuum pump instead of an oven to prepare meringues.

The other major player was Elizabeth Thomas. She was an English cooking teacher who lived in California, and she happened to be at a scientific meeting with her husband at a conference centre in Sicily called the the Ettore Majorana Centre. She told me that she got into conversation with an Italian scientist there, and somehow the idea of having a meeting on cooking came up. The only problem was that it didn’t sound very scientific, and the Ettore Majorana Centre was specifically set up to promote high-level scientific discussions. This was when she thought of bringing Nicholas in, and it was Nicholas who suggested “Molecular and Physical Gastronomy” as a suitably scientific-sounding title.

Unfortunately, the title was too good. The discussions that we used to have every two years at the Centre were certainly scientific, but journalists grabbed on to the phrase to describe any application of science to cooking, especially if it was novel or aimed at the preparation of novel foods. It got to the stage a few years ago where Harold got together with Heston Blumenthal, Ferran Adria and Thomas Keller to issue a statement where they said that their aim was not to pursue novelty for its own sake, but to “embrace innovation – new ingredients, techniques, appliances, information and ideas – whenever it can make a real contribution to our cooking.” They stated quite categorically that “the fashionable term ‘molecular gastronomy’ does not describe our style of cooking, nor indeed any style of cooking.”

But it’s still an attractive phrase for bluffers, and that’s where another problem lies. With science so high on the agenda, there is a temptation in some circles to throw in scientific-sounding terms and explanations as a way of adding gravitas to discussions about food. Harold told me about an online Q&A forum that he ran for the New York Times a while ago on the science of cooking. It was an open forum, so that sometimes other people got a chance to give answers. He found that quite a few of these answers were wrong in some respect, and some were total nonsense. All of them, though, used big scientific-sounding words to make their point.

I think the real point is that we can perfectly well enjoy our food without understanding a skerrick of the science that went in to developing and preparing it, but that it can sometimes help to understand a bit of the science.

One way that it helps is through satisfying our natural interest and curiosity. I know that a few symposiasts have exceptional flavour memories, and the comparisons that they can make enhance their enjoyment. But even without such memories, we can still enjoy working out what is going on as we eat and drink.

Science can also offer help in a practical sense. So when you have some salty crisps before you take a sip of red wine, you don’t need to know that the salt suppresses the perception of bitterness, and hence makes the wine taste smoother, but if you do know that, it can help in other ways – for example, if the arugula or dandelion greens in your salad taste a bit too bitter, sprinkle a bit of salt on them.

A few of us made an effort to share this sort of science-based information in newspaper columns and articles, books and book chapters, social media, and some radio and TV broadcasts (although I’ve just knocked one back), and also through talks like some of those that I’ve given here and at the Royal Institution and elsewhere. I’m not sure how much of this sort of information comes into courses on science and cooking like the one that Harvard University is now running, but the prevalence of these courses reflects a real interest in the contributions that science can make to gastronomy. My point is to keep these contributions real, and to fight the flim-flam that too often masquerades as real science and masks what it really has to offer.