Life, REF, and the half-loaf principle 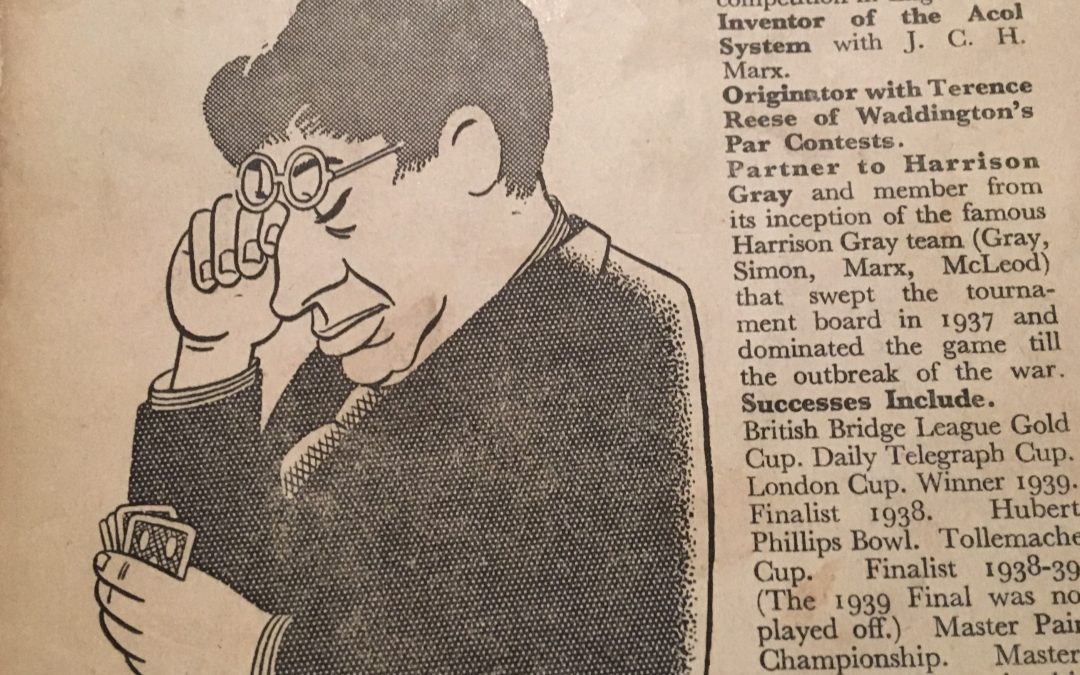 One of my favourite writers is the Russian-born Englishman S.J. “Skid” Simon. Unless you are a bridge player, you have probably never heard of him, although he wrote many murder mysteries in the period before the Second World War, the best-known being “A Bullet in the Ballet”. If you are a bridge player, though, you are likely to have come across his wonderful little book “Why You Lose at Bridge”.

His answer to the implied question of the title was that many bridge players aim for the maximum result on any given hand far too often. His solution was the “half-loaf” principle:

Aim for the best result possible, not the best possible result.

It is a principle that politicians, academic administrators, economists, and decision-makers of all kinds would do well to heed. In Simon’s hands, it meant not putting weaker partners into contracts that an expert might make, but which they are bound to mess up. In politics, it means accepting and embracing diversity, rather than trying to create a “perfect” society by excluding those who are different to the mythical norm. In the hands of investment advisors, it means not always aiming to sell at the top of the market or buy at the very bottom. It means routinely accepting 80% or 90% results, rather than aiming for 100% and falling flat on your face with 20% or 30%. It means accepting that people are human, and that the road to success is potholed with failures.

It applies especially to academia, where there are currently two debates raging. One is about the efficiency of the grant-giving system, and whether it might not be better simply to ditch the obvious bad applications and distribute grants randomly among the rest. The other is about assessing the efficiency and effectiveness of university departments via the dreaded REF system.

Both fall foul of Simon’s basic principle. Both aim to achieve perfection, And both are dead wrong in their approach.

Simon’s approach means accepting some slack in the system, with a few grants going to weak groups or poor ideas, or with a small fraction of departments being over-rated or under-rated. The REF system and the current grant-giving system, with their emphasis on meaningless hair-splitting differences, both aim for a perfection that is simply not possible. They seem to their supporters to be ultimately fair. But it’s a perfect fairness that is not possible, not least because of the enormous amount of unrecompensed time wasted by senior academics in an effort to achieve this perfection.

Academic and other decision-makers should instead be looking to the half-loaf principle:

Aim for the best possible result, not the best result possible.

In an increasingly complex world, where we cannot often foresee the full consequences of our decisions, it is the only way forward. Half a loaf is better than none.