The birth of something small 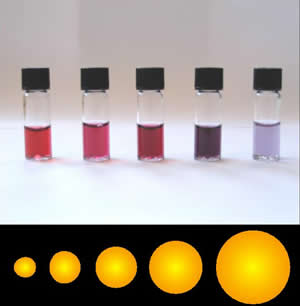 “Whatever happened to colloid science? Has it been totally supplanted by the young upstart known as nanoscience? Or is it still with us, lurking in the background, perhaps even preparing for a comeback?”

In my Chemistry World article The Birth of Something Small (http://www.rsc.org/chemistryworld/2015/09/colloids-nanoscience) I attempt to answer these questions through a retelling of the history of tiny objects, studied individually by nano-scientists and as assemblies by colloid scientists. I have been involved over the past thirty years from both ends, and here I introduce some of the principle characters and reveal their ways of thinking. For example:

“I once asked [Jacob] Israelachvili [with whom I collaborated] why he hadn’t gone down the STM route – and in fact, why he hadn’t got there first. He laughed, and said that in the late 1970s he had been giving a talk at Clarkson University in New York on the surface forces apparatus [which he developed well before STM was thought of], and afterwards sat at dinner next a Norwegian who said ‘Why don’t you do some tunnelling work?’ ‘Because I don’t think it’s worth it,’ he answered.

He later discovered that the Norwegian was Ivar Giaver, winner of the 1973 Nobel prize in physics for his discovery of tunnelling in superconductors. But [Jacob] had a point … …”

I can’t publish the full article here because of copyright restrictions, but if you can’t access it please contact me and I can send you a photocopy.