Radio Presenter: The Science of DIY 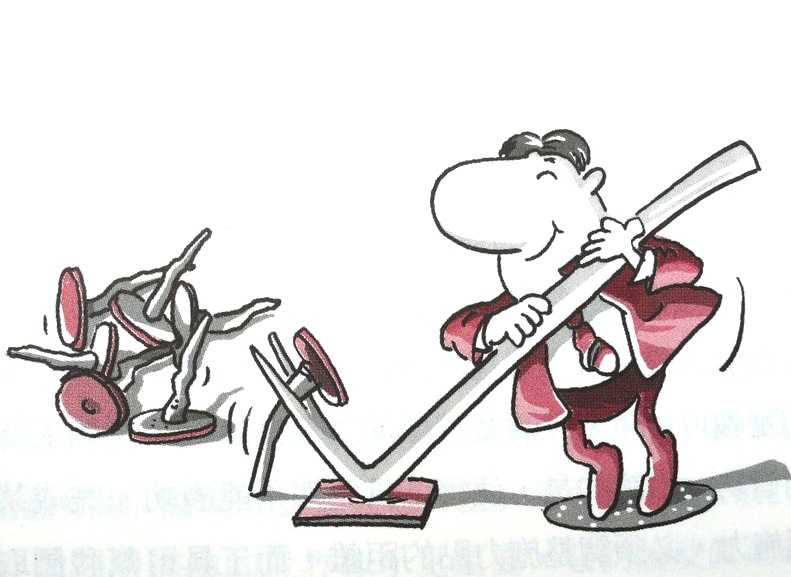 How sharp does a chisel really need to be? How hard should you hit with a hammer? This entertaining guide to the scientific principles behind the use of everyday tools takes the stress – and the pain – out of D.I.Y.

Physicist Len Fisher grew up surrounded by the tools of his father’s carpentry trade. He was the exception in a family to whom DIY came naturally, being more concerned with not bashing his thumb than with hammering a nail in straight. He seemed doomed to DIY ineptitude until it dawned on him that he could apply his theoretical knowledge of science to the world of home maintenance.

Is it best to drive a nail into a piece of wood with several light blows or just one or two heavy ones? Does a bit of wood under the hammer head really help when clawing out a nail? How sharp does a chisel really need to be? The answers are yes, yes and very. Wielding a different tool per programme, Len swaps his lab coat for overalls and demonstrates that DIY done properly exploits a variety of scientific concepts. With the help of builders, handymen and fellow scientists – as well as a real sense of fun, Len reveals the science behind the right and wrong ways of using tools.

Len gets a handle on the science of the wheelbarrow from the comfort of his own backyard. Before we had the wheelbarrow, stonemasons building the great cathedrals of Europe used to carry stone blocks on a flat board like a stretcher, one man at the front, one at the back. Then in the 14th century, some bright spark thought of replacing the man in the front with a wheel. Len is joined by conservation builder Andy Cook and physicist Jeff Odell to demonstrate how it’s all a question of leverage. Levers enable you to lift incredible loads. Archimedes even worked out how to use one to lift a ship out of the water. The problem with wheelbarrows is their stability – or lack of it. Len weighs up the virtues of those fancy versions with the corrugated orange ball at the front against your standard wobbler – and offers some alternative ways of lifting heavy loads.

Programme 2 – A Chip off the Old Block: Chisels and Saws

Whether you’re building an extension to the house or just building a shelf, chisels and saws are crucial. Joined by mechanical engineer Dave Milsom and physicist Jeff Odell, Len rolls up his sleeves to reveal how to sharpen a chisel properly, and that when a chisel is used to split wood it acts as a wedge.

Programme 3 – If I Had a Hammer: Hammers and Nails

The hammer is the oldest known tool, developed from the basic idea of hitting one thing with a hard lump of something else. The breakthrough came when someone lashed a stick handle to the lumpy bit, but what advantage does a handle give? Science has the answer, and Len reveals how to find the ‘sweet spot’ of a hammer, and hit the nail (not the thumbnail) on the head every time.

This programme has a whiff of the oil rag about it, as Len renovates an old bicycle, with the help of practical experts Dave Milsom and Stuart Burgess. Together they reveal tips on how to do undo a rusty bolt, how to tighten up a bolt without a spanner, including fiddling about with hot water, and how to hold your spanner properly.

Programme 5 – Getting in a Twist: Screws and screwdrivers

Len builds an unusual letterbox and reveals how to deal with damaged screws – including how to make a new screw out of an old one. With the help of conservation builder Andy Cook and Mechanical Engineer Stuart Burgess he demonstrates that screws are in fact levers.

Based in Bristol, physicist and writer Len Fisher grew up in Australia. Winner of the IgNoble prize for his research into biscuit dunking, Len is also an inventor of ingenious scientific devices. Not naturally handy around the house, Len spent years learning the hard way how to survive in the world of DIY in a futile attempt to impress his carpenter father. He moved from Bath to Bradford-on-Avon this year to a wonderfully eccentric old house requiring every ounce of DIY skill he can muster.