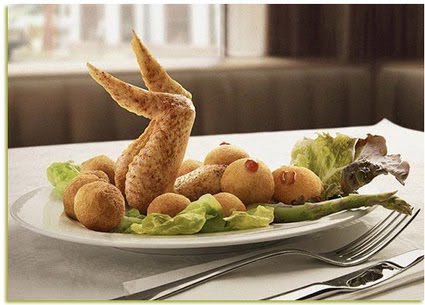 Here are the talk notes and accompanying Powerpoint Slides for the keynote talk that I gave on “Food and Desire” at the second Biennial Dublin Gastronomy Symposium (DGS) that (3-4 June 2014, Dublin Institute of Technology). It was a wonderful meeting, full of food and fun, and highly recommended for any foodie at any level.

“Food and Desire”. That’s our theme for this symposium, but how are they connected? I can’t do better than start with a quote from an Irish writer:

In fact, I’m thinking of writing a best-selling book on the relationship between food and desire:

Now that’s all in your mind! What I’m going to be talking about is how the relationship between the desire for food and other forms of desire IS all in the mind, and how scientists are now finding just how close that relationship is. You can guess from the slide what sort of desire I’ll be focusing on, but I’ll try not to offend anyone.

Now the relationship between food and sexual desire goes back a long way:

and it has continued down the centuries. Some of you may remember the 1963 film “Tom Jones”. It featured a seduction scene that was played out entirely with food, with not a word being said. Here is the lovely Joyce Redman starting it all off:

and Albert Finney as Tom responding

and so it goes on

until the inevitable climax

But how does this relationship between food and sex really work? Sometimes it is simply through belief. There is a long-standing belief, for example, that some foods act as aphrodisiacs (that word, incidentally comes from the Greek goddess Aphrodite:

who was the goddess of love and beauty).

The belief came from the shape of the food, and its imagined resemblance to male or female sexual organs. So you had ginseng

for men, and oysters

for women. An amazing number of people still believe that these and other foods have aphrodisiac powers, and that’s fine. In reality, it’s just another example of the placebo effect. The believers are really seeing these foods as drugs that affect their physiology, and when people believe that something will work, it quite often does, even if there is no pharmacological basis for its action.

Some materials, though, do have a real physiological effect. There’s a very interesting story about nettles, for example. Pliny the Elder tells us in his “Natural History”

that the Romans used to rub them on the testicles of under-performing bulls, which might explain why the Romans were such fast runners. More recently, scientists have discovered that nettle extract may help to release testerone that has become bound to albumin in people with some forms of prostatic cancer, and so help to restore their libido. Since more than 60% of men over 70 have prostate cancer, most of us without knowing it, maybe we should be getting stuck into that nettle soup.

One material that does have a pronounced physiological effect is cantharadin, which is a chemical secreted by these little animals.

They belong to the class of blister beetles, which gives you a clue as to what cantharadin does, which is to irritate the mucous membranes. You used to be able to buy the dried, crushed-up beetles as Spanish Fly. In fact, you can still buy a powder called Spanish Fly:

but it doesn’t contain cantharadin, or indeed the beetles from which it comes. This is just as well, because it is a very nasty material indeed.

I’ve included it here as a food just so I could tell you a wonderful story of what happened to several battalions of French troops in North Africa in 1869 when they reported to their medical officers with stomach pains and permanent erections. It turned out that they had been cooking and eating the legs of the local frogs:

without realizing that those frogs in their turn had been feeding on the local blister beetles. It just goes to show that it really pays to check the provenance of your food.

In the main, though, the relationship between the desire for food and the desire for sex lies very much in the mind, and that’s what I want to get back to now.

Advertisers exploit this connection endlessly. I’m not going to bore you with examples of advertisements that use sex to sell food, but I can’t resist showing you this one. It’s rather less obvious than most.

Incidentally, one can also buy Kama Sutra chocolates, with images from the Kama Sutra directly imprinted on to the chocolates. I have some here, invented and manufactured in Australia. I don’t want to offend nobody, so I’ll simply pass them around and you don’t have to open the lid if you don’t want to. If you do open the lid, could you please resist the temptation to handle them?

Getting back to our main question, here’s a well-known food scientist who thought she had an answer:

This was her hypothesis:

Surprisingly, she wasn’t all that far from the truth, except that she was thinking about the wrong parts.

What she should have been thinking about was the brain. Here’s what a real (preserved) one looks like:

This was from a display at @Bristol, showing how the brain fits in to the head. The nineteenth century anatomists visualized it as being divided into regions:

and in the twentieth century neurophysiologists got a pretty fair idea of the broad functions of these different regions:

You’ll notice that there’s not much in there about the emotions. But we’ve got a lot further now, and that’s what I want to show you in the last part of this talk. I’m not pretending to be an expert, but I’ve talked with the people who have done this work, and I hope I’ve got a reasonable handle on it.

When we are talking about emotions like the appeal of different foods and the desire for sexual satisfaction, we have to go right down to the individual cells in the brain. This is what one looks like:

The protrusions at the top are dendrites, and the long one at the bottom is an axon. The way that it works is that electrical signals come in to the dendrites from other cells, and this cell responds by sending a signal down its axon to the next cell:

Now we’re starting to get to the crux, because to pass a signal from one cell to the next the cell has to send out molecular messengers called neurotransmitters across a very narrow gap called a synapse:

The brain uses at least fifty different neurotransmitters, but here are three that many of you will have heard of:

You will have heard of them because these are three that are thought to be primarily responsible for changes in our moods and feelings. Scientists used to think that this was because of a general change in concentration throughout the brain:

All of that changed with the introduction of Magnetic Resonance Imaging

which let us look more closely at the detailed pattern of brain activity. Mind you, there are some conditions where it is not all that useful:

For studying the response of the brain to food or sexual stimuli, though, MRI has proved to be very useful. What it has revealed is that there are some quite tiny ares of the brain that are particularly sensitive to changes in the concentration of mood-altering neurotransmitters. I don’t want to blind you with science, so here is a simplified diagram of their pattern of occurrence:

But there’s something hidden behind all of those complexities, and here it is:

So, finally we have it – there is a fundamental physiological link between our desire for food and our desire for sex. But I don’t want to leave you feeling saturated with science, so let me end by returning to the subject of aphrodisiacs, and sharing a very English approach.

Now in the 1950s a rumour went around that cocoa was an aphrodisiac. The New Statesman ran a competition for the best poem celebrating this idea. Here is the winner:

Thank you very much, and I hope you enjoy your oysters, asparagus and cocoa at dinner tonight. SLIDE 38