7. Einstein’s socks: a clue to his thinking about relativity 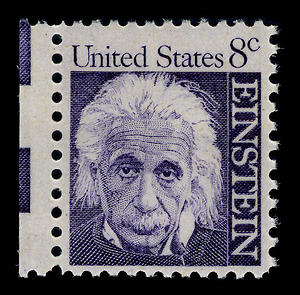 Albert Einstein not only fitted the stereotypical image of a scientist – he helped to create it, and also played up to it. With his old rumpled clothes, his shock of hair, and a violin case under his arm, he was a journalist’s delight, just as Stephen Hawking is in the present day with his wheelchair and disembodied artificial voice.

Einstein gained a reputation, largely promoted by journalists (along with a few scientists who should have known better), of being such a deeply abstruse thinker that very few people could ever hope to understand his way of thinking. This reputation was part of his mystique – a part that he himself did his best to nullify.

Admittedly, his was a world where ideas mattered more than people. But at the heart of those ideas lay a very simple, and totally accessible, way of thinking – one that can often be used with profit in tackling the more ordinary problems of life.

Einstein tells us about it himself in his autobiography, written at the age of 67, and surely one of the strangest autobiographies ever produced. He says virtually nothing about his personal relationships, which included a sex life that might have been the envy of many a 1960s hippie. Amazingly, he was quite open about it in letters to his second wife Elsa, where he even complained about how his various girlfriends showered him with “unwanted affections.” In his autobiography, however (which he refers to as his “obituary”), he makes no mention of such matters, and argues that “the essential being of a man of my type lies precisely in what he thinks and how he thinks, not in what he does or suffers.”

So how did Einstein think? We can get a clue from his attitude to socks.

Einstein never wore socks, and was very proud of the fact. On one visit to the University of Oxford, he wrote to his cousin, and eventual second wife, Elsa, “Even on the most solemn occasions I got away without wearing socks and hid the lack of civilization in high boots.”

Einstein revealed why he didn’t wear socks in a letter to his friend, the photographer Philippe Halsman, whose iconic portrait of Einstein would eventually appear on a U.S. stamp. “When I was young,” he said “I found out that the big toe always ends up making a hole in a sock. So I stopped wearing socks.”

That little word “so” gives the clue to Einstein’s thinking – a way of thinking that his contemporary Pablo Picasso would also use to develop radical new approaches to painting. It is encapsulated in the phrase “what if?” Instead of having his socks mended, or buying new ones when the old ones wore out, Einstein was able to think outside the box, and ask “What if I simply stopped wearing socks?” He decided that the world would hardly come to an end, and just stopped wearing them.

That simple question “what if?” was to become a guiding principle for the rest of his life, most notably in the two theories of relativity for which he became famous. We will meet them, and learn more of their creator, in the next blogs.