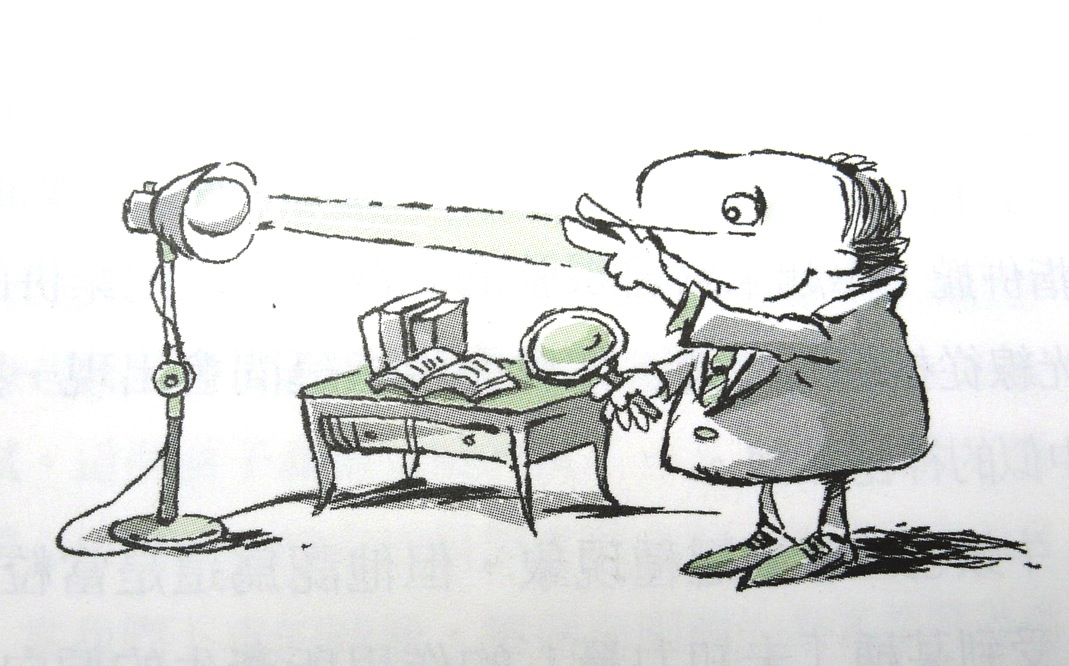 Scientists and non-scientists alike are intrigued by experiments that seem to show the world operating in a counter-intuitive way. The presenters of the Today programme are no exception, which is why I found myself shivering in my driveway on the coldest morning in January several weeks ago, demonstrating to an invisible radio audience that hot water can freeze faster than cold water.

The response was huge, and reinforced my belief that there is a largely unsatisfied public fascination with science, which I now spend a large part of my time attempting to satisfy. Some scientists do this for political reasons, such as persuading more children to take up science, educating the public to make informed judgments on scientific issues, or persuading politicians to provide more money for science. These are worthy reasons, no doubt, but my own reason is much simpler, and one that is common to most writers – I love what I do and I want to share it.

Sharing it is difficult, despite the fact that our view the world and our place in it is now dominated by the discoveries and insights of science. Few people outside science, however, are aware of what those discoveries and insights are, or how scientists go about uncovering them. Science and scientists are seen as being separate from everyday life, and the rules that they have revealed are often seen as being beyond the comprehension of ordinary mortals.

It doesn’t have to be like that. My own view is that science belongs with literature, art, philosophy and religion as an integral part of our culture. It is a way of seeing the world, but not the only way. What makes it different is that its pictures can be checked out against reality. That reality is all around us, and scientists have frequently made important discoveries through observing everyday phenomena. The Anglo-American Count Rumford, for example, discovered the principle of heat convection after burning his mouth on a hot apple pie. Modern-day physicists are now using this principle to try to explain why hot water can sometimes freeze faster than cold water.

The effect was known as far back as Aristotle, but it is now called the “Mpemba effect” in honour of the Tanzanian schoolboy who rediscovered it in 1969. When I described it on the Today programme, I was bombarded with indignant letters telling me that the writer’s grandmother had known all about it, or that Sir Francis Bacon had written about it. Fair enough. It was little Mpemba, though, who persuaded scientists to take it seriously.

Mpemba discovered the effect when freezing an ice-cream mixture that he had made for a school project. What makes him special is that he stuck to his guns in the face of laughter from his teacher and schoolmates, and kept experimenting until he was able to find conditions (similar to the ones that I used in my driveway) where the effect always occurs. His example shows that real science need not be the prerogative of the specialist, but can be accessible to anyone.

It would be silly to pretend that all of science is accessible in this way – not because you need to be a genius to understand some of the more abstruse reaches of science (although sometimes it must help), or even because, like any expert tradesman, you need to have mastered the tools (such as mathematics) to do certain jobs. Both of these are true, but there is a more fundamental problem, which is that Nature does not always obey common sense.

This lies at the heart of the scientist’s difficulty in sharing science with non-scientists. The history of science is largely a history of attempting to understand the world in common sense terms, and of repeated failure. Scientists have only been able to make progress by accepting a series of non-common sense beliefs that have become ever more outrageous as we probe deeper into Nature. It takes years of training, and sometimes a fair bit of pain, for a professional scientist to accept these beliefs and to learn to use them. It is little wonder that people outside science can’t always understand what we are doing or why we are doing it.

What should be accessible is the picture of the world that emerges. Some scientists attempt to share this picture by simplifying it, sometimes to the point of losing its essential meaning altogether. My approach is different, where I show how the sometimes counter-intuitive picture of Nature that science has developed applies to the experiences of everyday life. By doing this, I aim to make science available through that which people already understand, and to remove the fear factor that is often associated with science.

The media have generally been very keen to support my efforts. With their help I have used biscuit dunking, gravy absorption by roast dinners, and even the art of making love in a spaceship to show how scientists go about their business and how they see the world. The danger with this approach is that it may be seen to be trivialising science. That danger is easily avoided in interviews or in articles that I write myself, but news stories are a different matter, and some sections of the media have certainly promoted the stereotype of the eccentric scientist tackling meaningless problems. Even then, the journalists concerned have taken great care to check the actual science and (usually) to get it right, and their stories have often produced letters from schoolchildren wanting to know more.

Still, the stories themselves probably produced a somewhat negative image of science and scientists.  Those same stories, though, stimulated the interest of publishers, and eventually led to an invitation to write a book where I was able to tell real stories of scientists and how they go about their business. The positive effects of that book appear to have outweighed any negative effects of the original newspaper stories. The message for fellow scientists who wish to share their science is to get their message on paper as a solid foundation for whatever they wish to say.

Another effect of the publicity accorded to my efforts was the award of the spoof “IgNobel Prize” at Harvard University. These were originally invented to show up and discredit pseudo-science, but have increasingly been awarded to projects that “spark public interest in science”. Thankfully, most journalists have caught on to this, and to the motto that now characterises the IgNobel Prizes: “First, they make you laugh; then, they make you think”. That has certainly been my motto in my attempts to make science a part of our everyday awareness, rather than something that is separate and the province of experts. Laboratory experiments have repeatedly revealed that Nature often operates in a counter-intuitive way. By showing the same principles apply to the world outside the laboratory, I am increasingly optimistic that I will be able to share the sense of fascination and reward that I and my scientific colleagues are privileged to feel every day as part of our normal occupation.

© This article is copyright Len Fisher. Please contact Len Fisher to seek permission to reproduce part or all of the above article.