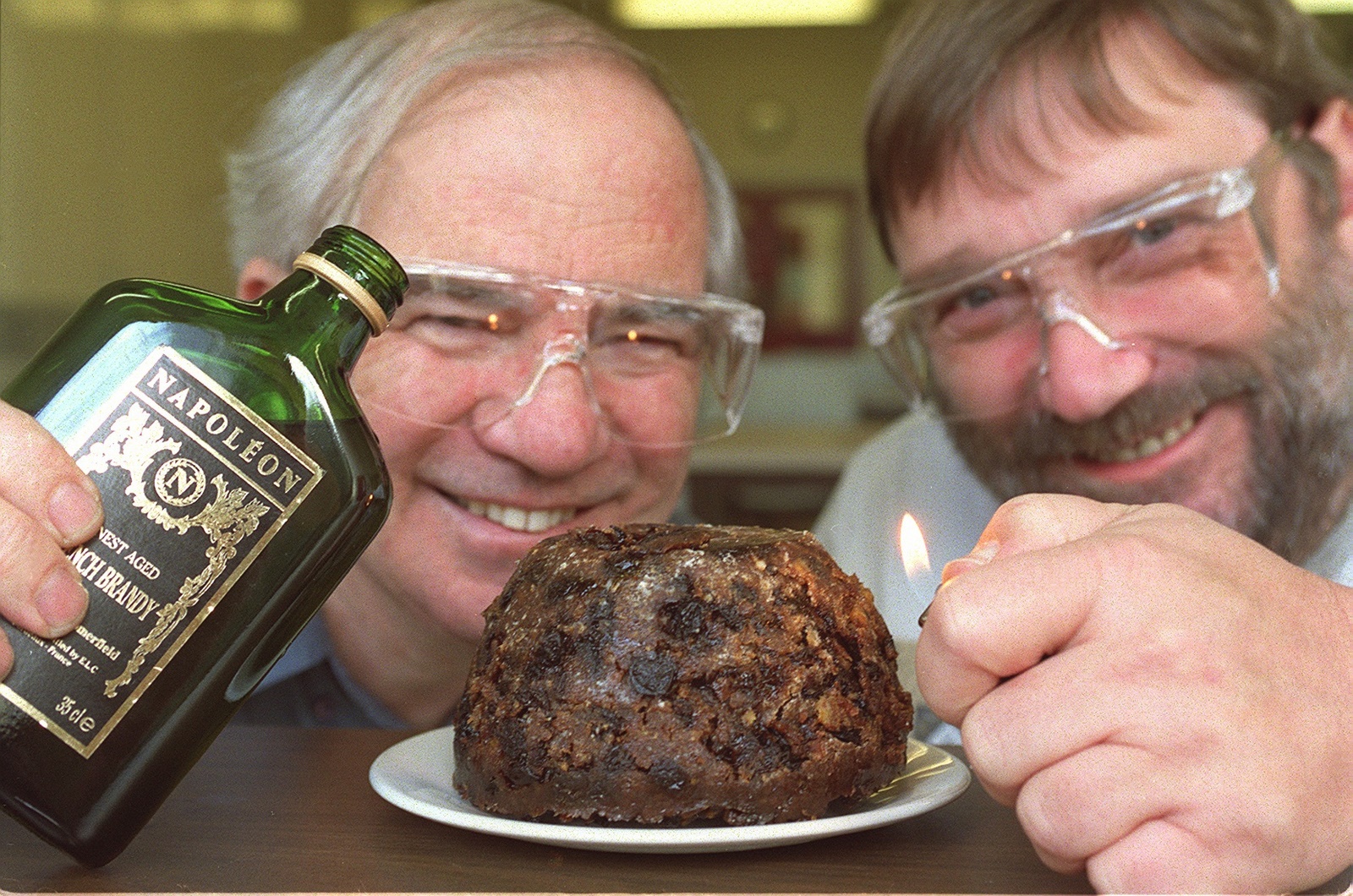 Christmas dinner for most of us is a traditional affair, a Dickensian vision of roast turkey, chestnut stuffing, flaming pudding and all trappings. When Roger Highfield, the author of a book on seasonal science, challenged us to come up with an anything but traditional way to prepare the meal, we jumped at the opportunity to push back the frontiers of culinary art.

Our solution draws on a wide range of modern technologies: an astronomical telescope, a set of high-powered lasers, and a computer that learns as it goes. The main problem that we had to overcome was that different parts of the meal, and even different parts of the same food, need cooking to different degrees. Most difficult is the turkey. Some parts, especially the wings and the legs, are loaded with large amounts of connective tissue – the tough white sheets and strands that join the muscles to the bones. Others (such as the delicate breast meat) contain much less connective tissue and are inherently more tender.

There are three proteins in connective tissue – collagen, reticulin and elastin. All are more or less inedible unless well cooked. Collagen, for example, needs to beheated to above 600C to turn it into the softer gelatin, while higher temperatures still are needed to soften the reticulin and elastin.

It might at first sight seem that all you need to do is to heat the whole turkey above 60°C or so and everything will be fine. Unfortunately, it is more complicated than this. At these temperatures the muscle proteins of the meat itself change shape and begin to form tight coils, squeezing out the moisture and making the meat tougher. To prevent the delicate breast meat becoming tough, it must not be heated above 500C.

What is needed is a method that will apply different amounts of heat to different parts of the turkey. Our solution is to cook the turkey using a computer controlled laser system. The laser beams are scanned over the turkey surface so that the amount of heat applied at different places is constantly adjusted to ensure the very best possible results.

There are several possible ways that this could be achieved – we could modify a computer controlled machine tool, for example. Our favoured approach, though, is to modify an astronomical telescope. The equipment may not be available to everyone, but the result should be heavenly.

Modern astronomical telescopes collect the light from distant stars by means of a large parabolic mirror, which focusses the light to a central point. A problem for earth-bound telescopes is that the resultant image can be blurred by atmospheric fluctuations (this is why stars twinkle). To correct for this, a new breed of telescope has been developed, where the single mirror is replaced by a set of mirror segments. The system is called adaptive optics. A computer-controlled system of sensors and actuators (or precision pistons) adjusts the position of each segment – relative to its neighbours – to an accuracy of one thousandth of the thickness of a human hair. Atmospheric flickering is compensated for by rapidly varying the shape of each segment to change its focus. This is accomplished using a set of electrically driven piezo crystals – the same crystals that are used in some loudspeaker systems.

In principle, one could cook with such a telescope by using the mirrors to steer a set of laser beams around a turkey or other food mounted on a rotating spit near the focal point. Some of the beams could be focussed to provide intense energy at specific points (useful for browning the turkey). Other could be defocussed for deep, slower heating.

The temperatures in different parts of the food would be monitored by inserting thermocouples (tiny temperature probes) to different depths. These measurements would be fed to a computer fitted with a neural network programme. Such programmes partly mimic the action of the human brain, in that (unlike some politicians) they learn from their mistakes and act to correct them. The computer will use the measured changes in temperature as a guide to fine tuning the position and power of the laser beams as more temperature information comes to hand, until the food is perfectly cooked. The process is called feedback, a name very appropriate for the current application. As a final touch, several of the beams would be turned up to full power and used to slice the turkey into pieces that may be as thin or thick as the diner chooses.

Meanwhile, we would use another set of lasers to cook the vegetables. Our choice is for tunable dye lasers, which permit electrical control of the colour of the beam, so that it can be altered at will to suit the colour of the vegetable. Green peas, for example, will absorb red light but not green light, so that a red laser beam will heat them up but a green laser beam will not.

The individual vegetables would, of course, be fitted with thermocouples, whose output would be passed to the neural network computer which would in turn control the laser wavelengths (i.e.colours) and hence the cooking rate. The computer would also be connected to an industrial robot of the type used in car plants, which would serve the food, pour the wine and even pull the wishbone when the meal was finally cooked.

Would it work? We would need access to the W.M. Keck observatory of the University of Hawaii, home to the first two telescopes to use adaptive optics. The main reflector is quite rather large, consisting of 36 separate hexagonal segments each 1.8 meters across. By scanning our laser beams across these mirrors and adjusting the focus and angle of the mirrors at the same time it should be straightforward to steer the laser beams to the required parts of the turkey.

All we would then need is a cooperative astronomer. Those whom we have approached agree that our proposal is novel, unusual, even exciting, and perfectly feasible in principle. Strangely enough, however, none have yet agreed to try it out. Perhaps the world isn’t yet ready to bypass Dickens when it comes to the Christmas dinner. We are sure, though, that our time will come.