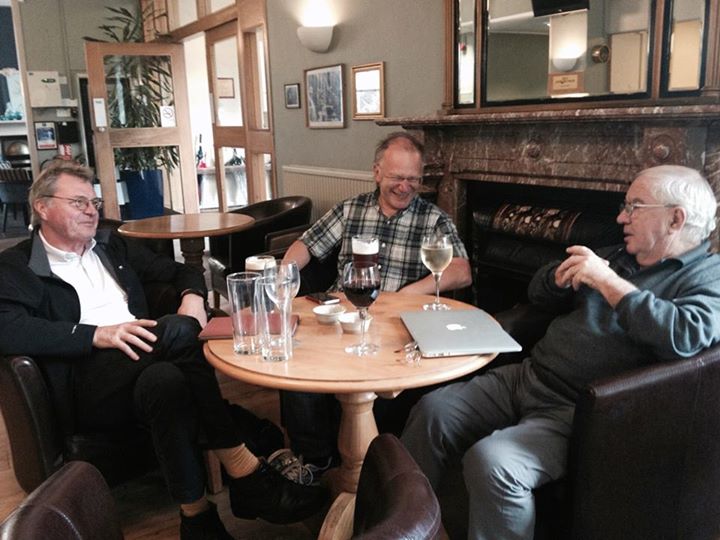 The full article cannot be reproduced here for copyright reasons, but here is a summary of the main points:

The article focuses on the growing refugee crisis in Europe and elsewhere. A recent editorial in Nature (Vol.525, p.157) suggests that developed nations should “keep a welcome.” I argue that this pressure-releasing approach could serve as an effective paradigm for policy development to handle emergent crises of many types. It makes sense, not just from a humanitarian perspective, but also from what we now understand about the underlying behaviour of our interconnected global socio-economic-ecological system.

In particular, such complex systems are now known to have a built-in capacity for sudden, sometimes dramatic change, that can happen without warning and with no apparent cause. The scale of such change follows a power law, with larger-scale changes being less frequent than smaller ones. My suggestion is to change the shape of the distribution by actively promoting smaller changes so as to reduce the frequency of larger ones.

This is what happens with the practice of deliberately triggering small-scale snow avalanches so as to reduce the probability of larger ones occurring. Applied to the refugee crisis, it means welcoming refugees and accepting the resultant small-scale social pressures, rather than putting up barriers that will inevitably create a build-up of larger-scale social pressures over time.

Bridge writer S.J.Simon called it the half-loaf principle – aim for the best possible result, rather than the best result possible. From a personal point of view, this accords also with common humanity. Nobody puts their child in a boat, unless the water is safer than the land.

IMAGE: Where it all started: in conversation with Merv Miles and Jim Gimzewski at the University of Bristol