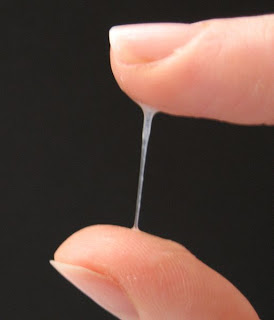 When I first started on my quest to make science accessible by showing how scientists think about the day-to-day things that interest us all, my first thought was to do the science of food and cooking, about which I knew a little bit. But lots of other people were doing that, so I turned to an appealing alternative – the science of sex, about which I knew no more than most of us do.

To remedy the deficiency, I turned to people who did know something about it – the IVF pioneer Alan Trounson, then based in Melbourne (to which he has recently returned after a long stint at the California Institute for Regenerative Medicine) and fertility expert Eileen McLaughlin, who produced her first test tube baby in 1983, just five years after Louise Brown was born. I spent time in their labs, watched the journey of the sperm to the egg, and developed my own theories about how one sperm manages to keep all the others at bay once it has succeeded in penetrating the egg.

My steep learning curve led to an article “The Physics of Sex” in the 1995 Christmas edition of Physics World, and eventually to a book chapter of the same title in How to Dunk a Doughnut. It also led to an embarrassing interlude where I gave a pre-dinner talk with this title to a scientific society, most of whom enjoyed the succession of slides showing the journey of the sperm to the egg. There was one exception, though – a man in the front row who wriggled in his seat and showed increasing signs of acute embarrassment. I found out later that he was the one who had invited me, assuming that I was going to talk about the role of women in science.

My explorations of the physics of sex produced a puzzle. Watching spermatozoa swim through cervical mucus on a microscope slide, as they have to do in real life as they make their way from the vagina to the uterus, it saw that sometimes they swam in lanes, one behind the other, just like cars on a motorway. In fact, the type of mucus in which they did this was colloquially known as “motorway mucus,” and its existence was a indication of fertility in the woman. But the physical scientist in me kept asking “why do the spermatozoa swim like this?”

There was no satisfactory answer at the time, although rather vague ideas concerning the macromolecular structure of the cervical mucus seemed to satisfy most people. But a recent paper in Physical Review Letters (López, H.M. et al. Phys. Rev. Lett. 115, 028301 (2015)) may help to resolve the dilemma.

According to the authors, bacteria swimming in groups can significantly reduce the viscosity of the nearby fluid. Critics have disagreed with the authors’ naming of this as a “superfluid” (http://www.nature.com/news/energetic-bacteria-form-frictionless-superfluids-1.17957) and I must say that I agree with the critics. What excites me, though, is that if groups of swimming spermatozoa have the same effect, for whatever reason, then this would provide an explanation for “motorway mucus”.

Put simply, if the mucus behind the swimming spermatozoa has a lowered viscosity (through shear-thinning or any other mechanism) then spermatozoa swimming randomly will be able to swim faster in this region, and hence get ahead, forming lanes as they do so.

I thought about writing this idea up as a regular scientific paper, but I am not now in a position to tie up all of the loose ends, experimentally or theoretically. It is, however, an excellent example of how different areas of science can feed off each other and encourage lateral scientific thinking – which is, after all, what this Mini Series is all about.

IMAGE: The “stretchiness” of cervical mucus (called “spinbarkeit”) is another, very simple, measure of fertility.

ADDENDUM: After I published this piece, I received an encouraging response from Alan Trounson, with the words “I feel a Ph.D. coming on!” So maybe my mad ideas might lead somewhere. The paths of science are SO unpredictable!