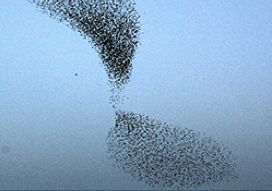 Three upcoming papers (as of May 27, 2015) in Physical Review Letters and Physical Review Applied illustrate beautifully how ideas from one branch of science can inform and catalyze advances in another quite different one:

These descriptions are necessarily brief, and may seem rather bald. But the pictures that they create are thrilling and beautiful beyond belief.