87. Earth viewed from Mars and the Total Perspective Vortex 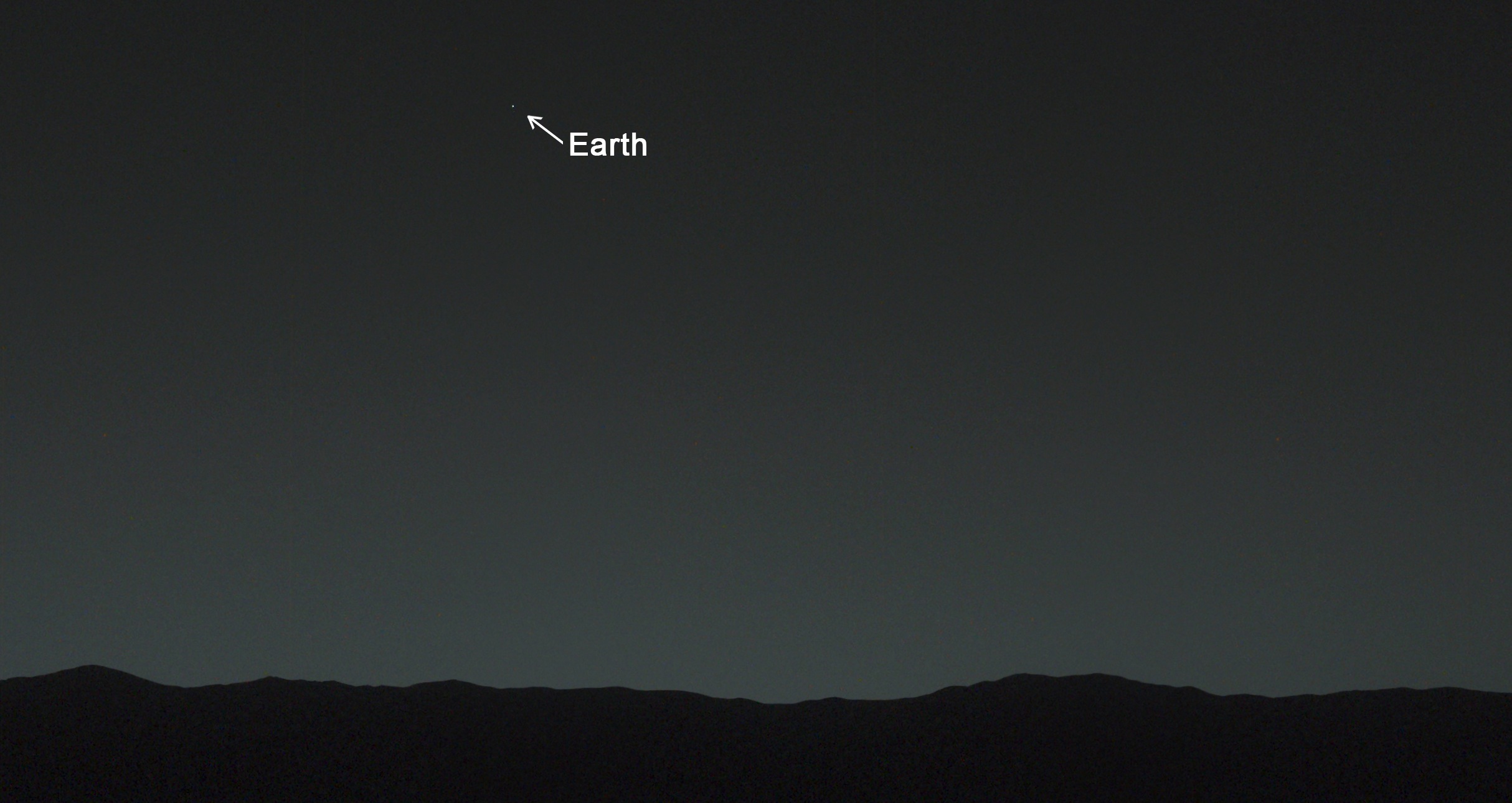 NASA has produced the first picture of the Earth taken from Mars (http://www.jpl.nasa.gov/spaceimages/details.php?id=PIA17936). The very insignificance of our planet is overwhelming, and reminds me of Douglas Adams’ invention of the Total Prespective Vortex in The Restaurant at the End of the Universe.

Zaphod Beeblebrox is going to be fed into it, and here he learns about it for the first time:

“you can kill a man, destroy his body, break his spirit, but only the Total Perspective Vortex can annihilate a man’s soul! The treatment lasts seconds, but the effect lasts the rest of your life!”
“You ever had a Pan Galactic Gargle Blaster?” asked Zaphod sharply.
“This is worse.”
“Phreeow!” admitted Zaphod, much impressed.

But what was it, and what did it do?

The man who invented the Total Perspective Vortex did so basically in order to annoy his wife.
Trin Tragula – for that was his name – was a dreamer, a thinker, a speculative philosopher or, as his wife would have it, an idiot.

And she would nag him incessantly about the utterly inordinate amount of time he spent staring out into space, or mulling over the mechanics of safety pins, or doing spectrographic analyses of pieces of fairy cake.
“Have some sense of proportion!” she would say, sometimes as often as thirty- eight times in a single day.

And so he built the Total Perspective Vortex – just to show her.
And into one end he plugged the whole of reality as extrapolated from a piece of fairy cake, and into the other end he plugged his wife: so that when he turned it on she saw in one instant the whole infinity of creation and herself in relation to it.
To Trin Tragula’s horror, the shock completely annihilated her brain; but to his satisfaction he realized that he had proved conclusively that if life is going to exist in a Universe of this size, then the one thing it cannot afford to have is a sense of proportion.

But what about the rest of us? How can we cope with this brief glimpse of infinity, and ourselves in relation to it?

The best I can offer as a card-carrying agnostic is that we can give meaning to our lives simply by the process of pursuing understanding, which offers us an ever-expanding view of the universe and our place in it, without the pseudo-comforts of religion.