81. The wonderful Fibonacci clock: could there be an even better design? 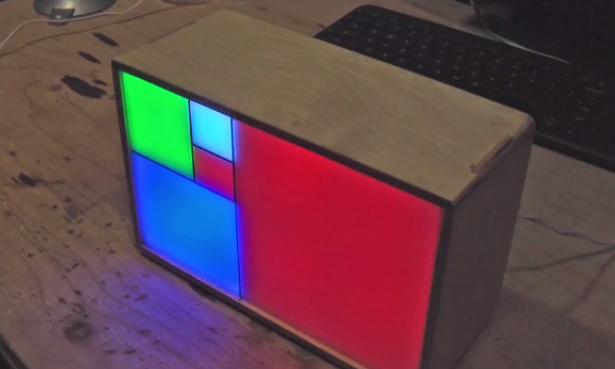 (http://www.theguardian.com/science/alexs-adventures-in-numberland/2015/may/09/fibonacci-clock-can-you-tell-the-time-on-the-worlds-most-stylish-nerd-timepiece) is a geometric arrangement which uses the fact that the first five numbers in a Fibonacci sequence (1,1,2,3,5) are all that is needed to produce the numbers from one to twelve by addition (e.g. 11 = 1 + 2 + 3 + 5), and hence can be used to divide the hour into five minute intervals.

It’s a great bit of lateral mathematical/scientific thinking, linking the different worlds of numerical analysis and geometry in a fascinating way. But could we do better? The first nine numbers in a Fibonacci sequence (1,1,2,3,5,8,13,21,34) are all that is need to produce the numbers from one to sixty in the same way, and hence could be used in principle to divide the hour into minutes.

My question is: Would it be possible to design a “Fibonacci clock” using a geometric arrangement based on the first nine numbers in a Fibonacci sequence? I don’t know the answer. Over to you.