78. Do androids dream of electric sheep? What our computers might be thinking. 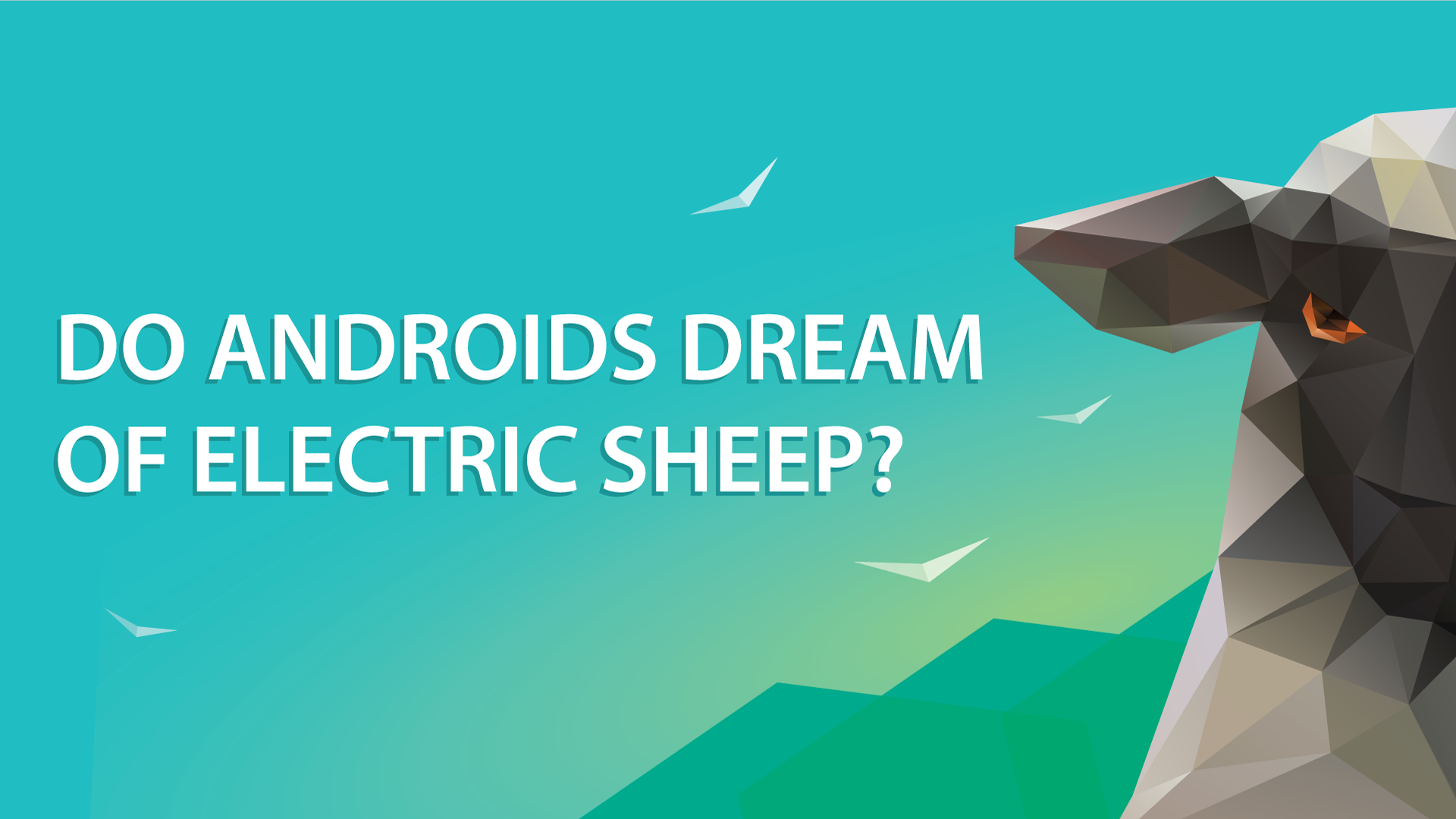 In the early seventies the computer lab in my laboratory had a cartoon stuck on the wall. It showed two scientists standing next to a huge computer (they were huge in those days), staring at a printed tape that it has just produced. One scientist turns to other, and says in puzzled fashion “It says Cogito ergo sum!”

The hoary old question about whether computers “actually” think has been with us for some time. Turing proposed his famous test (still not passed by any computer) in 1950, and Philip K. Dick published his wonderful novel (on which the film Blade Runner was based) Do Androids Dream of Electric Sheep? in 1968.

Recently the old question has been given a new twist, and now there is a different, and somewhat more alarming, question; not whether computers think, but what they think. When (not if) they get smarter than us (whatever “smarter” means), will they necessarily follow similar ethics? Will they be our supporters, or our enemies?

Scientists like Stephen Hawking have been promoting discussion of this potential problem, but the real originator was Oxford philosopher Nick Bostrom, who started to write a book chapter on the subject, and found it to be so serious that he spent two years turning that chapter into a book: Superintelligence.

Nick believes that “In the longer run … biological brains might cease to be the predominant nexus of Earthly intelligence. Machines will have several advantages: most obviously, faster processing speed – an artificial neuron can operate a million times faster than its biological counterpart. Machine intelligences may also have superior computational architecture and learning algorithms. … … Given these considerations, it is possible that one day we may be able to create “superintelligence”: a general intelligence that vastly outperforms the best human brains in every significant cognitive domain” (http://www.nickbostrom.com/views/superintelligence.pdf)*

What might be the resultant scenario? As usual, the science fiction writers have got there first, not just with Philip K. Dick, but even more frighteningly with Harlan Ellison’s I Have No Mouth and I Must Scream (http://styrofoam.voidaudio.net/ihavenomouthandimustscream.pdf). I’m not going to give away the denouement – read it for yourself; just not too close to bed time.

And also think for yourself – while you still can.