76. Why we should teach students how scientists think. 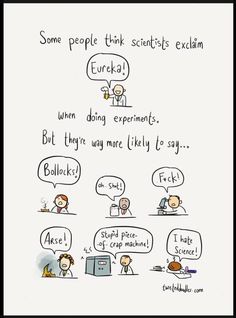 When I started this series of Mini Stories, I did so out of pique. Not one, but two agents had told me that people would not be interested in a book about how scientists think. I thought that they would be – or, at least, that they ought to be, and would be if someone held out a hand and helped them over the hump of self-doubt, and the feeling that science is somehow “too hard.”

The best teachers do this intuitively. Just as newspaper stories need a “hook” – that is, a connection with something that the readers are already interested in or concerned by – so the best teachers are adept at finding a link with something that children (or adults for that matter) are keen about. Once that link is established, the rest is relatively plain sailing.

In my own case, the link was accidental. As a child I was praised for being “clever”. Only when I started working with genuinely clever people did I discover how wrong this assessment was, but be that as it may, my main aim as a child was to earn praise by showing how clever I was.

The American psychologist Carol Dweck has written extensively about the psychological problems that can result (e.g. Mindset: How You Can Fulfil Your Potential) when children are praised for achievement rather than for effort, and from personal experience I cannot but help to agree with her conclusions. However, I was luckier than most. Eager to impress, I borrowed a copy of Einstein’s “The Meaning of Relativity” and sat reading it on the school bus.

I was astonished to find that I could follow a lot of Einstein’s thinking, as could most 11 year-olds if they wanted to, and that was the step that got me genuinely interested in science. The memory of that moment is what encouraged me to start, and keep writing, this series, because I believe that catching on to any one of the numerous ways that scientists think can provide a hook to get students and others wanting to catch on to science. And that is all that it usually takes.

So do glance back through the posts. By this stage there will surely be something to catch your interest, or that you can use to catch the interest of others. Good luck!