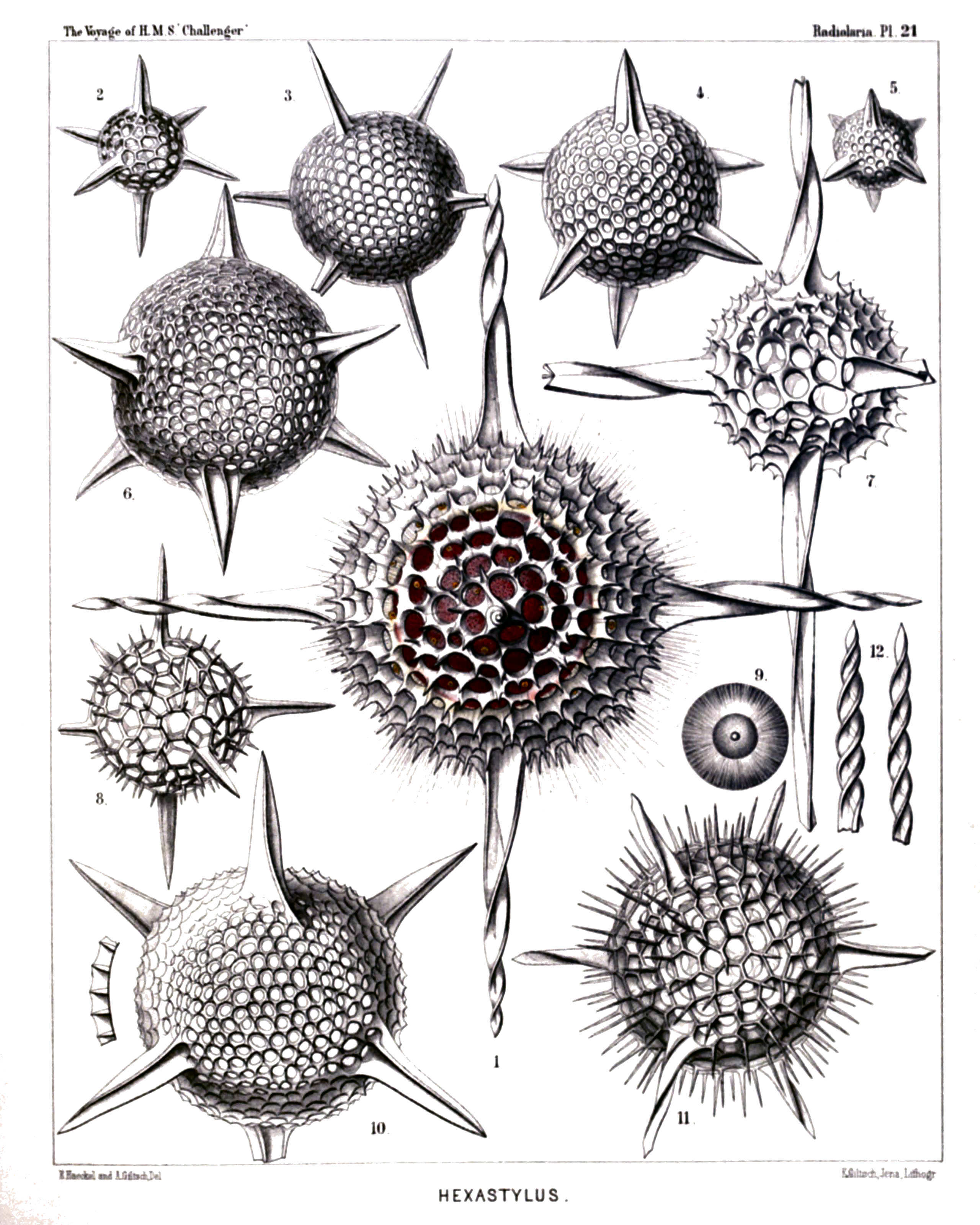 Scientists are fascinated by patterns in Nature. We are only just beginning to understand how the cells in our bodies and those of other animals arrange themselves into elaborate patterns, but we have made rather more progress in understanding the patterns formed by tiny crystals in the shells of marine animals – in particular, the silica shells of diatoms and other radiolarians.

Even if you haven’t heard the names, you have probably seen pictures. These tiny creatures, visible only under the microscope, produce elaborate external skeletons with an amazing variety of patterns which make up the ooze that covers much of the deep ocean floor. We don’t know why they have such elaborate skeletons, but we do have a fair idea of how they make them. The perforated silica shells are derived from close-packed arrays of bubble-like vesicles, which arrange themselves like bubbles in a bath into a close-packed array. The silica network is then built by the animal along the gaps between the vesicles (you can find out more detail at http://www.chm.bristol.ac.uk/inorg/mann/Publications/Papers/Nature%201996%20Complex%20form.pdf).

Attempts are now being made to imitate this process to manufactures new materials in the science of biomimetics. But there is another way; a way that Nature seems not yet to have found. It is based on the very simple idea that water-repelling (hydrophobic) surfaces stick together when placed under water, while wettable (hydrophilic) surfaces do not. Now scientists from thet University of Akron have found a way to make tetrahedral nano-particles where some surfaces are hydrophilic, and the others hydrophobic. Throw a heap of them into water, and they will spontaneously self-assemble into a range of structures, depending on just which surfaces are hydrophobic and which are hydrophobic. Clever, eh?

If you want to find out more, here is the original paper (https://www.sciencemag.org/content/348/6233/424.short) and here is a very accessible summary (http://phys.org/news/2015-04-polymer-class-hybrid-materials.html). It’s yet another example of the diverse ways in which scientists think. In fact, it was an idea that I or any other colloid scientists might have come up with many years ago. But we didn’t. Maybe some scientists are simply cleverer than others.

IMAGE: Radiolarians trawled from the deep sea ooze during the Challenger expedition (1872 – 1876)