72. Make your own mermaid 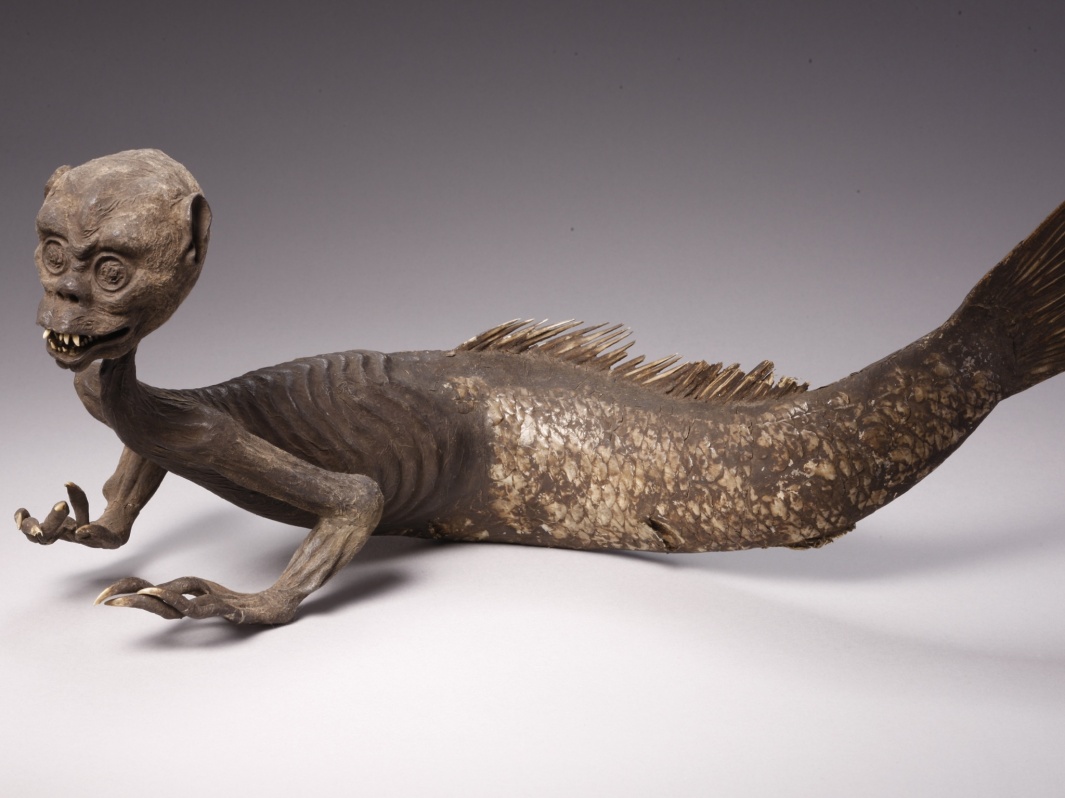 The pattern of cells in our bodies, and indeed in that of all living beings, is a result of self-organization, which we are only just beginning to understand. More of that anon, and of the thinking behind it. In the meantime, I cannot resist a brief interlude on the gentle art of creating false patterns through taxidermy. I first came across this when I was leading a science history tour that included a visit to the famous museum at the University of Bologna, home to the first realistic wax anatomical models of the human body. What really caught my eye, though, was a collection of fake taxidermy specimens; hybrids of birds and lizards, birds and fish, etc. They were sewn together with great skill, and when the first specimens of the platypus arrived in Europe, it was thought that these were also fake hybrids, with a duck’s bill sewn on to a mammalian body.

They weren’t – but how do you tell a fake? The Horniman museum in London has a beauty – a mermaid, no less. My friend Paolo Viscardi, the curator of natural history, once took it out of its case and examined it closely. Here is his story of it in his own words, and his account of how you can make one for yourself: http://www.theguardian.com/science/animal-magic/2014/apr/16/mermaid-stripped-naked