69. Bath foam, beer foam and the meaning of life 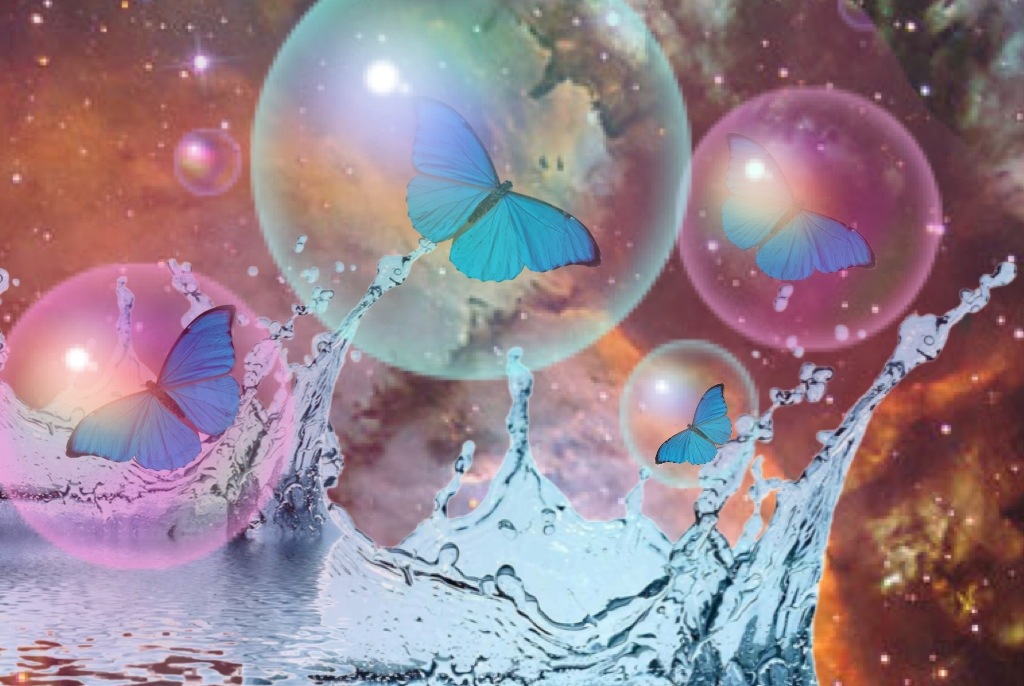 Plastic balls on an escalator can form themselves into patterns, but what about the molecules that make up our bodies and our world. Can they also self-organize?

The answer is a resounding yes. Long string-like protein molecules fold themselves into neat balls. Even longer DNA molecules spontaneously arrange themselves into helices, and these can in turn fold to form super-helices. And when you take a bubble bath, billions and trillions of detergent molecules form themselves into the tightly structured layers that encapsulate the bubbles. Rather similar layers (turned inside-out) form the membranes that encapsulate every cell in our body (for more detail on this, see Chapter 7 “Bath Foam, Beer Foam and the Meaning of Life” in my How To Dunk a Doughnut).

Alan Turing, famous as the father of computing, took the idea one step further. Turing had a remarkable capacity for lateral thinking, as exemplified by his invention of “round-the-house” chess, which I believe should be an Olympic sport, combining brain and brawn. The idea is simple. The board is set up next to an open door. As soon as a contestant has made a move, he or she has to run out the door, round the house, and back in the door before making their next move. When their opponent makes a move in reply, then they also have to run around the house before being allowed to make their next move. The twist is that, if the opponent moves quickly in response, and then wins the race around the house, he or she gets to take a second move (out of turn) before setting off around the house again. As you can imagine, the opening moves tend to get rather frenetic!

Turing’s capacity for lateral thinking really showed itself when he started to wonder how patterns might form in Nature – tigers’ stripes, leopards’ spots, and even the patterns on butterflies’ wings. Using a combination of mathematics and chemistry, he showed how it might indeed be possible for chemical reactions between slowly diffusing molecules to create such patterns. But since these posts are meant to be short and punchy, I’ll save that story for the next one.