63. On spinach and spacecraft 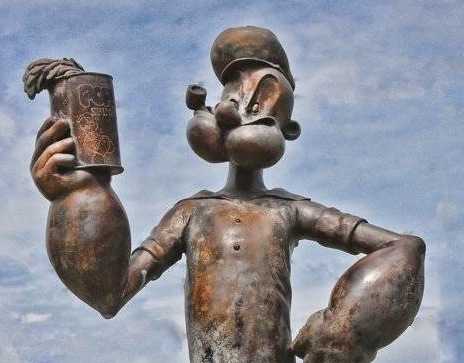 What do spinach and spacecraft have in common? Well, they both contain a lot of iron, right?

Wrong. The myth that spinach is a good source of iron goes back to the 1890s, when the first analysis was performed in Germany. Unfortunately, when the data were published, a decimal point was misplaced, so that there seemed to be ten times as much iron as there actually was. The mistake was discovered in the 1930s, and publicized in 1981 with the marvelously quotable line “For a source of iron Popeye would have been better off chewing the cans.” But the myth still persists(see http://sss.sagepub.com/content/44/4/638.full.pdf+html for the full story).

What spinach and spacecraft really have in common is that scientists have been known to mess up their calculations in both cases. With spinach it was a misplaced decimal point. With NASA’s Mars Climate Orbiter, it was a failure to realize that the thrust data that had been provided by the manufacturers were in Imperial units of pounds force, rather than in metric Newtons. 1lb ≈ 4.5 Newtons, which is quite a difference; in fact, more than enough to send the spacecraft to its destruction as it plunged into the atmosphere of Mars (http://mars.jpl.nasa.gov/msp98/news/mco990930.html).

Even when everyone is using the same system of units, hilarious mistakes can occur. During the Second World War, when simple items like desk lamps were in short supply, a senior British administrator needed a desk lamp, and asked the workshop to make him one. Drawings were provided, the lamp was made, but when it arrived it proved to be too big to fit through the office door – because the dimensions had been specified in inches, but the workshop had interpreted them as feet, making the lamp twelve times too big in all dimensions!

So when it comes to measurement, it pays to double-check at the start, which is what scientists usually do (the stories above are the exception, not the rule – scientists just hate to make mistakes like that). Or, as my old workshop head used to say “Measure twice, and cut once.”

More stories of measurement mishaps in my next post.