61. The science of dragons 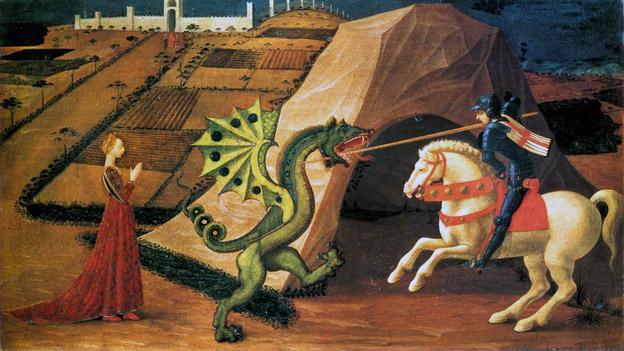 Meddle not in the affairs of dragons

For you are crunchy and taste good with ketchup.

That advice from an anonymous author sounds pretty good to me. Yet many scientists have meddled in the affairs of dragons. Which is odd, considering that they don’t exist (dragons, that is, not scientists).

Or do they? Films like “How to Train Your Dragon” make a pretty convincing case, as does the description of Smaug in Tolkien’s The Hobbit, not to mention the novels of Terry Pratchett, where dragons exist, but only in proportion to the strength of one’s belief in them.

Which means that dragons may well have existed in earlier times, when people did believe in them, even if they don’t exist in our more skeptical era.

That, at least, was the hypothesis of Peter Hogarth, a biologist from the University of York, U.K., who wrote a wonderful article for the Bulletin of the British Ecological Society in 1976, reviewing what was known of this “now-extinct taxon” (http://www.academia.edu/7431686/Ecological_aspects_of_dragons).

Hogarth’s article was picked up on by my old friend and bridge partner Bob May, now Lord May of Oxford and past President of the Royal Society of London. In his Nature article “The Ecology of Dragons” (http://dragons-nest.ru/dragons/rasa_drakonov/pdf/ecology_of_dragons.pdf), Bob reported with delight that:

“Dragons appear to have been both omnivorous and voracious. Different records testify to their diet having been highly variable in both composition and quality: one dragon ate two sheep, and another which was kept captive by Pope St Sylvester consumed 6,000 people daily.”

A major component of the dragons’ diet, though, appears to have been the knights who attempted to rescue young maidens from their voracious jaws. Sadly, there are few such knights now left.

Which brings me to my own personal contribution to the science of dragons, and why this remarkable taxon has now become extinct.