6. Tibetan medicine and the passage of light 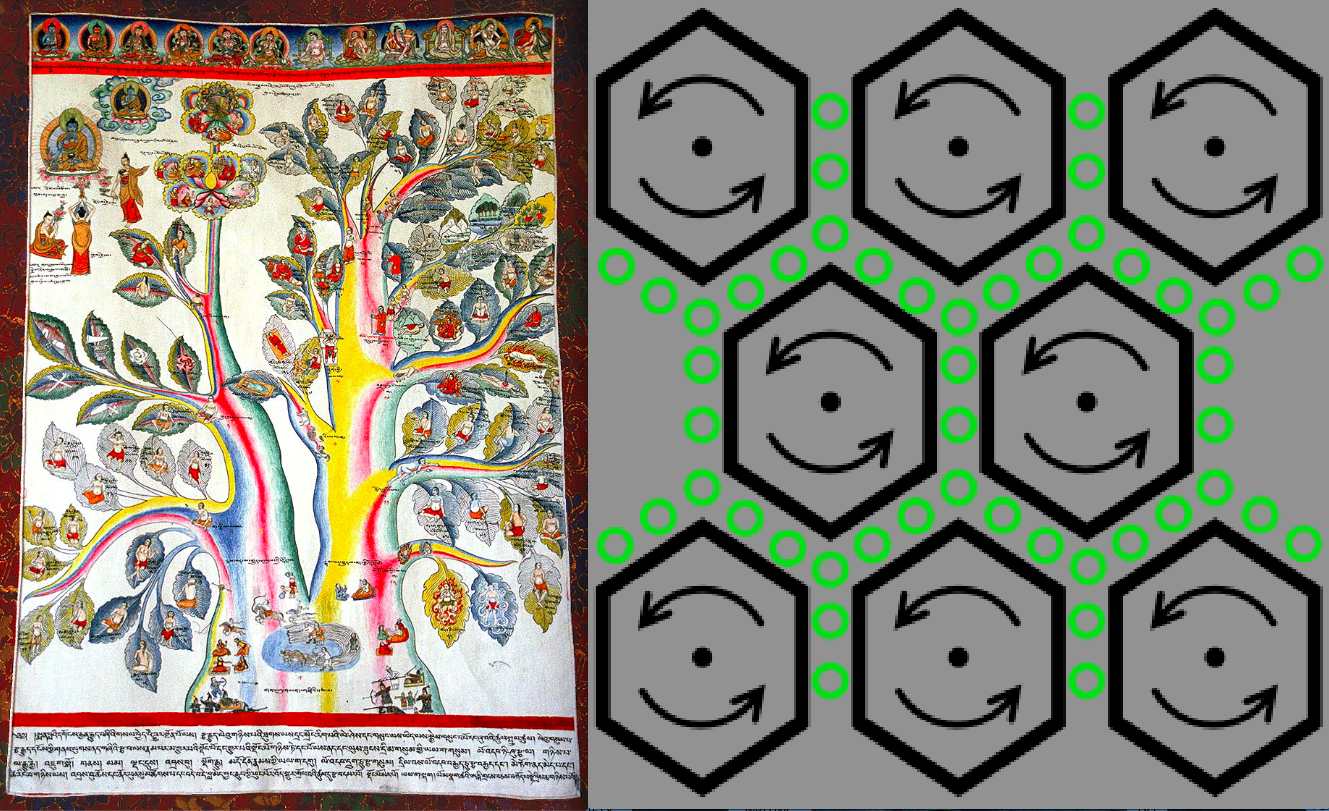 I once visited the Hospital for Traditional Medicine in Lhasa, where the walls are lined with 76 huge thangkas – pictures that illustrate the processes by which the body is supposed to work, and which are used as an aid in diagnosis and treatment. The head of the hospital explained their use, which these days is supplemented by techniques such as X-rays and ultrasound. Despite the fact that they do not fit with our Western conception of how the body functions, it was surprising how often their use led to a correct diagnosis.

One day I will write a book about them- or at least I will finish it, since it is already started. In it I will compare the Tibetan use of thangkas with the way in which the Scottish physicist Jame Clerk Maxwell correctly diagnosed the passage of electromagnetic waves (such as light waves or radio waves) through space, despite using a model that we now know to be nonsense.

Maxwell’s model pictured space as being filled with a tenuous, invisible, fluid-like substance called the aether. He visualized the aether is being full of counter-rotating vortices that acted like gear wheels to pass the disturbance along, and his diagnosis consisted of writing down a set of four equations to describe this model in mathematical terms. We still use those equations today. They are as correct as measurement can prove, and even account for relativistic effects, even though Einstein only developed his theories of relativity some decades later.

But, as we now know, the aether doesn’t exist. Which just goes to show that the correctness of a diagnosis does not mean that the picture that we used to reach it is also correct. My only published article in philosophy expands on this idea, but it doesn’t need deep philosophy to catch on to the main point: models and pictures are a great aid to thought, but the fact that they work doesn’t mean that we should take them literally – in science, in medicine, or indeed in the whole of life.