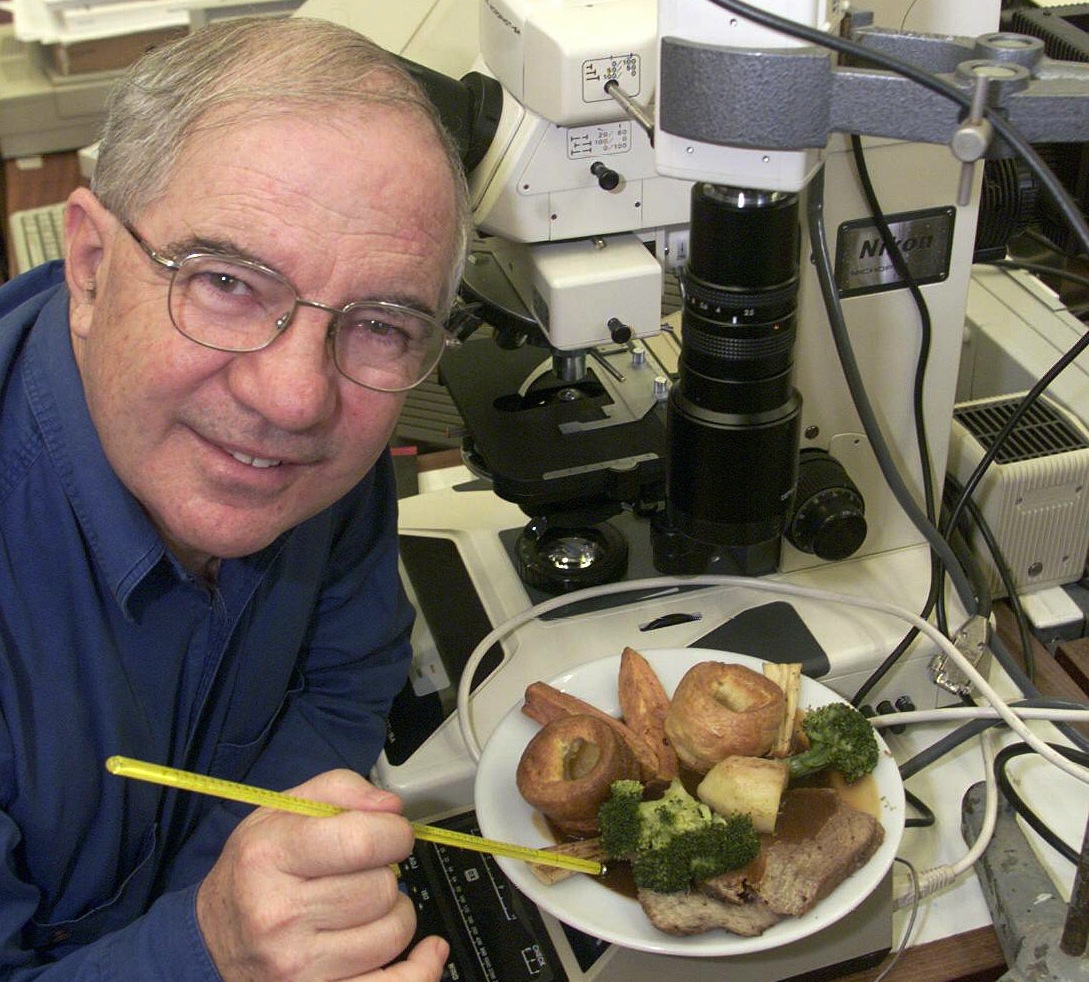 The term “Molecular Gastronomy,” beloved of journalists, is hated by the serious chefs who use science to expand the range of their creative activities. Yet it all started as a joke dreamed up by the Hungarian low-temperature physicist Nicholas Kurti.

Nicholas was a passionate amateur cook, and presenter of an early food programme on BBC TV in 1969. He was famous in scientific circles for once having held the record for the lowest temperature ever achieved in the laboratory. His fame among scientists proved useful when it came to promoting a series of meetings on the science of gastronomy. These meetings were conceived as a result of a conversation between the Anglo-American cooking teacher Elizabeth Thomas and an Italian scientist who happened to be attending a meeting with Elizabeth’s husband at the Ettore Majorana Centre, a set of converted monasteries in the Sicilian mountain-top village of Erice, on quite a different subject.

The Director was keen on the idea, and promptly asked Elizabeth to organize such a meeting. Elizabeth suggested that Nicholas, an old friend and a leading figure at many Erice scientific meetings, would be the ideal scientific link. The only problem was the title. A series on ‘The Science of Cooking’ seemed rather out of keeping in a place used to hosting discussions on major questions like ‘Planetary Emergencies’ or ‘The Mathematics of Democracy.’ Nicholas, ever the pragmatist, suggested the more impressive title ‘Molecular and Physical Gastronomy’, and the Erice series of meetings was born.

I attended most of these meetings, and had a whale of a time But more of that later, when I get round to writing more about the involvement of scientists in gastronomy, and of how I invented the inflammable jelly.

ADDENDUM: I wrote more about these meetings in How to Dunk a Doughnut (https://lenfisherscience.com/books/the-science-of-everyday-life-an-entertaining-and-enlightening-examination-of-everything-we-do-and-everything-we-see/). My friend Harold McGee was a co-founder of the meetings, and has written a very interesting account of their history at curiouscook.typepad.com/site/erice.html