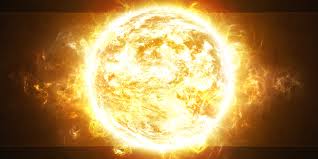 Cecilia Payne was the first woman Professor at Harvard University, although the status of women academics at the time was such that her salary was classed as “equipment expenses.” Her interest was in the composition of the Sun, but the conclusion that she drew from examining the large collection of stellar spectra at Harvard University was so revolutionary that she could not believe it herself. In fact, she wrote in a journal about her calculations: “The abundance of both hydrogen and helium in stars is improbably high and is almost certainly not real.”

Science is concerned with doubt – especially, with doubting your own ideas, and checking them against reality for confirmation. Unluckily for Cecilia, her doubt went too far, and she failed to get the credit for one of the greatest discoveries in astronomy – that the Sun is not made up of elements in pretty much the same proportions that they are found here on Earth, but that it is largely composed of hydrogen and helium.

Marcus Chown tells the full story in a New Scientist article “The Woman Who Dissected the Sun” (freely available at http://marcuschown.com/wp-content/uploads/2014/12/Cecilia-Payne-Gaposhkin.pdf). Here I can add just one more thing – the effect of Payne’s discovery on the poetry of Spike Milligan. Because if she had not discovered the composition of the Sun, Milligan could never have written this (from “Open Heart University”):

Did you have a population problem once

Spike was proud of his poetry. As this powerful example shows, he had every right to be. As did Cecilia for her marvelous discovery.