30. How do scientists communicate with each other? III: Put-downs at talks and conferences 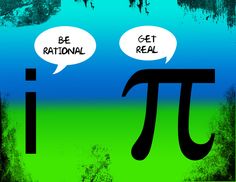 Some people think that put-downs on the sporting field represent the apotheosis of the art. One is reminded of the famous occasion on the cricket field when a wicket-keeper, hoping to put a batsman off, asked loudly “Why are you so fat?” The batsman replied, quickly and even more loudly “Because every time I make love to your wife, she gives me a biscuit!”

Others believe that politics provides a richer selection. Lady Astor, the first woman to take a seat in the British Parliament, is alleged to have said to Churchill “If you were my husband, I’d put poison in your tea!” He immediately replied “Madam, if you were my wife, I’d drink it.” And then, of course, there was the time in the Australian parliament when the bumbling Sir Winton Turnbull announced “I’m a country member!” and the great Gough Whitlam interjected, sotto voce “I remember.” Turnbull never understood why there was instant and loud applause from both sides of the house.

Nothing, though, can beat the put-downs that occur at scientific meetings. They can destroy sloppy science in an instant, and can even destroy careers.

They don’t even need to use words. There was an occasion when Salvador Luria, the Ph.D. supervisor of Nobel laureate James Watson, was sitting in the front row listening to a talk. After a few minutes he asked the speaker “Do you really mean that?” “Yes, Professor Luria” was the answer. A few minutes later Luria repeated his question, and received the same answer. Later in the talk, Luria slipped out of his seat and quietly went out the back. As he did so, though, he put his hand into the projector beam – thumb down.

Slightly less subtle was the action of an Australian colleague who ran a large institute, and was known for his short fuse. OK, I can mention his name, since he is no longer with us. It was John Philip, who is the only scientist to my knowledge to have had his poetry published in the Oxford Book of Australian Verse. According to the wonderful CSIROpedia, John was “competitive and self-opinionated,” while a staff survey listed him as “second to none as a scientist, but second-last as a manager of people.” The latter opinion is confirmed by what happened when a distinguished visiting scientist, due to leave after a sabbatical, was giving a talk summarizing his year’s work at the Institute. After a few minutes John stood up from his seat in the front row, said “Bullshit!” in a very loud voice, and walked out.

But you have to have English roots to produce the truly brilliant put-down. As English as those of John Conrad Jaeger, author of a famous textbook of applied mathematics, who spent a considerable time at Trinity College, Cambridge before returning to Australia to teach at the University of Tasmania, and eventually to become Professor there.

Jaeger had a very understated, quintessentially English sense of the put-down. He was in attendance at a talk given by student in engineering, who had just finished a Ph.D. where had used the new science of computing to solve a particularly difficult problem by numerical methods. Proudly his supervisor stood by as the student outlined his work. Then his supervisor asked “Any questions?”

Jaeger put his hand up. “Can I come to the board?” he asked. Taking up a piece of chalk, he looked at the first few lines of equations “This approximates to that … this series converges to …” and so he went on, and in a few minutes he had an answer. He glanced up to see that it agreed with the student’s answer. “That’s right,” he said, and sat down.

Which just goes to prove: if you want a really good put-down, ask a scientist.