28. How do scientists communicate with each other? I: The casual conversation 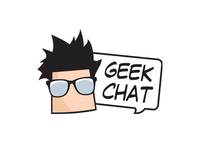 When scientists share their how they are thinking, the first steps are usually very informal – the ‘drop in’ conversation, coffee room, the excited email, the pub.

The eccentric biologist Lewis Wolpert, well-known outside science for his scornful dismissals of religious belief and his popular books such as The Unnatural Nature of Science, occupied a room just down the corridor from me when I spent a brief period of time as a visitor at the Middlesex Hospital in London where he worked. Lewis was interested in applying mathematical concepts to problems in developmental biology, and had developed a unique method of ambulatory communication. The door of my room would fly open and Lewis would burst through, announcing his problem as he did so. If I or one of my colleagues had not provided an answer by the time that he had circled the room at his characteristically fast pace, he would simply continue walking straight out of the door again, presumably to try his problem on someone who was quicker.

The German Nobel Laureate Manfred Eigen told me this next story about “drop in’ conversations at a conference dinner. He had been a visitor that the Institute for Advanced Study in Princeton, whose address, appropriately enough, is 1 Einstein Drive. Einstein was an early luminary, as was the brilliant John von Neumann, originator of game theory and the subject of this story, which Eigen witnessed.

von Neumann did not like to waste time, and even when walking along a corridor was wont to be reading a book, holding the book with one hand while running his other hand along the wall to guide him. On one occasion he came to an open office door, and his guiding hand led him in to it. The occupant was working on an abstruse problem, and von Neumann fell into conversation with him about it. When they had finished, von Neumann asked “Which hand did I have on the wall when I came in?” “The right one” was the answer. “Ah,” said von Neumann “then I must already have had my lunch, since I was walking away from the cafeteria.”