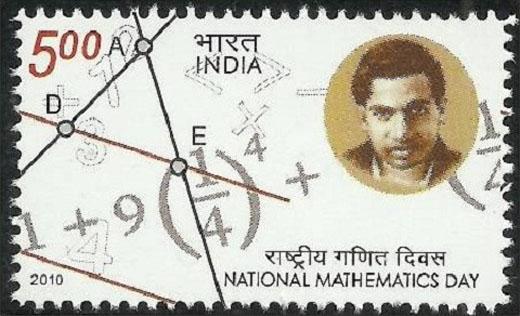 There are some very interesting and touching stories of famous scientists receiving letters out of the blue from people whom they had not heard of, but which went right to the heart of the problems that they were working on. One well-known example concerns the letter that Charles Darwin received from the explorer and naturalist Alfred Russell Wallace, outlining a theory of evolution very similar to that which Darwin had been working on. Darwin was stimulated to publish his own hitherto-private thoughts, and made every effort to give Wallace credit by having their revelation presented as a joint paper to the Linnean Society in London (sadly, Wallace still doesn’t get the full credit that he deserves).

Another example, slightly less well-known, concerns the penniless amateur Indian mathematician Srinavasa Aaiyangar Ramanujan, who wrote to the famous Cambridge mathematics professor G.H. Hardy asking him to “offer [his] opinion on some of these theorems”. Hardy nearly dismissed the strange (and slightly odiferous) letter outright, as one tends to do with the all-too-frequent crank letters that any scientist in the public eye receives, but the strange theorems were of such breathtaking originality that he was forced to ask the question as to whether a fraud of genius was more likely than a real work of genius.

In the end, Hardy brought Ramanajun to England, where in due course he was elected as a Fellow of the Royal Society, and where mathematicians are still working on the ramifications of his brilliant theorems to this day, nearly a hundred years later.

These stories are too well-known to dwell upon further here, but in the next post I will fulfill the promise given in post 22, and introduce you to the curious and wonderful letter sent by a German hausfrau to one of the most eminent scientists in England, and the even more wonderful response that she received.

Darwin had a huge correspondence with scientists around the world, in which he discussed many aspects of biology and geology, but with one exception – evolution, where he shared his thoughts only with a few trusted friends.

By contrast, Hardy seems to have been a quite frugal correspondent and, when he did write, it was by postcard rather than letter. One of his most productive collaborations was with a mathematician called Littlewood, but during its most fruitful phase they were not at the same university, hardly ever saw each other, and corresponded only by postcard. According to Hardy’s biographer C.P. Snow, one of their rules on receiving a postcard from the other was that they were under no obligation to reply to it, or even to read it! So how they managed to achieve the results that they did remains a mystery. Maybe mathematicians have a special, ethereal means of communication that is denied to ordinary mortals.

Which reminds me, speaking as an ordinary mortal, that I once did some work where I needed the aid of a group of rather high-powered mathematicians. I incautiously revealed that I had a degree in pure mathematics. One of them turned in astonishment and said “You?!” And he was right – real mathematicians are indeed a breed apart.