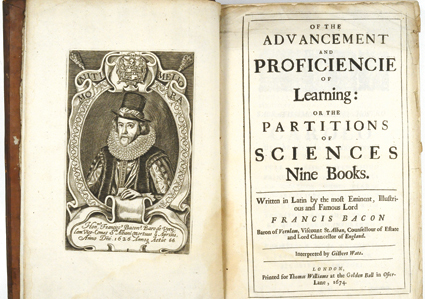 The sixteenth-century Elizabethan courtier Sir Francis Bacon proposed a “scientific method” that still holds some sway in the popular imagination. His idea was to collect as many facts as possible, and then look for some sort of order or guiding principle.

One has to admit that he stuck to his ideas, and even died for them. According to one account, he was travelling along a snow-covered road when he was struck with the idea the snow might help to preserve meat. So he stopped his carriage, got out, went to a nearby house, bought a hen, had the owner kill it and remove its insides, and then stuffed it with snow. In the process he became very cold, contracted pneumonia, and died of it several days later.

But the “Baconian method” is nonsense, since it involves a circular argument. In order to collect relevant facts, or to determine which are relevant, we need a guiding principle in the first place. The most helpful guiding principles have a very special characteristic – they are not just testable, but refutable.