139. Why are the wealthy so wealthy and the poor so poor? 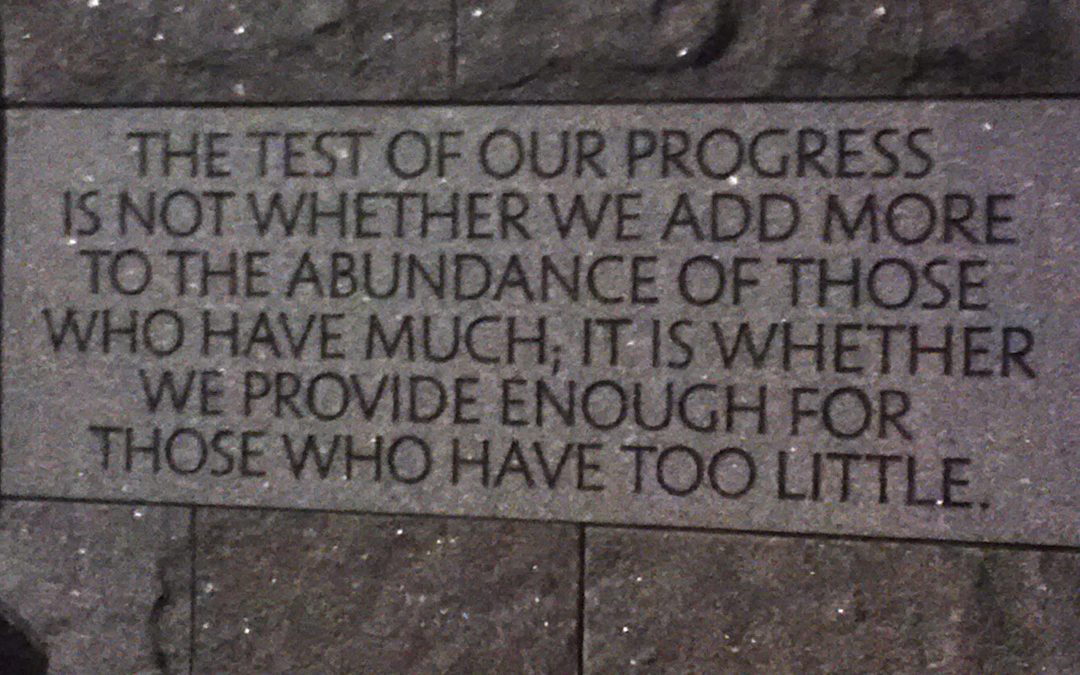 The increasing disparity of wealth in the world is a huge concern to all of us who believe in fairness and equitability. But why does it happen, and what can we do about it? In my latest broadcast for the Australian ABC Radio National Science Show, I reveal how the brilliant Dutch thinker Marten Scheffer has hit on an unexpected, and potentially fruitful answer – by considering the evolution of trees in the Amazon rain forest!

Here is the link:

And here is the original transcript:

The United States Senate recently passed tax legislation that has the inverse Robin Hood effect of taking from the poor to give to the rich. The Australian tax system also favours the wealthy, although perhaps not in such a blatantly obvious way. But this is just one factor in what has become a deep, world-wide malaise – the increasing concentration of wealth in the hands of a few.

The richest nine people in the world now own as much as the poorest 3.6 billion. At the global level, 1% of the population owns 50% of the total wealth. How have we allowed this patently unfair situation to arise, and what can we do about it? Coincidentally, in the same week where the U.S. Senate passed Trump’s bill, the brilliant Dutch ecologist Marten Scheffer provided an answer that has little to do with politics, or privilege, or the pursuit of power. It has to do with statistics, and the trees in the Amazon rain forest.

1% of the human population owns 50% of the total wealth. In the Amazon rain forest, 1% of the tree species account for 50% of the stored carbon. Marten made the bold intellectual leap that there might be a common mechanism to account for such a disparate accumulation of resources.

I have known Marten as a correspondent and someone to swap ideas with for quite a few years. He has a habit of spotting unusual connections. He was the first to draw mathematically rigorous parallels between the occurrence of sudden, system-wide collapses in nature and society – between the 1992 collapse of the Newfoundland cod fisheries and the 2008 collapse of the international banking system, for example. He was also largely responsible for producing the map called “A Safe Operating Space for Humanity” which shows how close we are to transgressing, or how far we have already transgressed, the safe limits in our use of the planets resources. It is a map that should be on every politician’s wall.

In his new paper in the prestigious Proceedings of the National Academies of Science of the United States, Marten argues that the reason lies in statistics. Put simply, as soon as any individual in a group gets to hold just a little bit more than the average, this gives them a disproportionate chance of using that extra bit to gain even more. Conversely, if someone drops below the average, it is difficult to recover, and they tend to be stuck.

So, very rapidly, just a few get to hold most of the loot. The argument, which is backed by rigorous mathematics, holds equally for trees or people. In the case of people, the inequitable accumulation of resources has little to do with skill, talent, or willpower, although these certainly help. But without these, the wealth distribution will still become very unequal, just through chance.

This is sad for those of us who believe in equality, justice, and fairness. But there is some light on the horizon – in fact, several lights.

One possibility is to develop institutions that can act to damp down the fluctuations before they start to run away. This is what happens in Scandinavian countries, which top most lists of happiness indexes. But Marten points out that there is another, often-overlooked possibility, which is to buck the globalization trend and go local instead. Marten shows that globalization allows the rich to escape wealth redistribution mechanisms, while a focus on local communities, local industries and local ownership of resources can help promote a fairer distribution of resources.

As it happens, this is also an approach that the World Economic Forum is actively promoting to help avoid future problems with food supply and food security. It is the antithesis of what the American and Australian tax laws are promoting, but very much in tune with the Australian psyche of independence, and indeed with the mindset of many other countries where people are developing stronger local ties and working to create mutually supportive local communities. Idealistic? Yes. But perhaps idealism is what we need in an era when it seems to be in increasingly short supply.