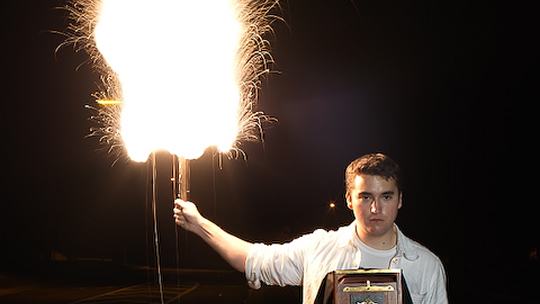 (If any readers can tell me the origin of this, I would love to know!)

Academics, and especially critics, have long been associated with “high” culture. It is only within my lifetime that their attention has increasingly been drawn towards “low” culture, with Clive James and his TV column in the Observer being an obvious example.

However, in Victorian times, it seems that there was an academic who took a particular interest in the graffiti of the time. He found a particularly fine example in an underground gent’s loo near Piccadilly, and hastened to get his camera to photograph it.

Entering the cubicle with his camera and tripod under his arm, he locked the door and set up the equipment. In those days the “flash” was comprised of magnesium powder, and as he set it off a cloud of smoke arose from the cubicle. Packing his equipment away, he opened the door, to find the startled attendant gazing in his direction. “Ah,” said the academic “that’s better” and walked out.