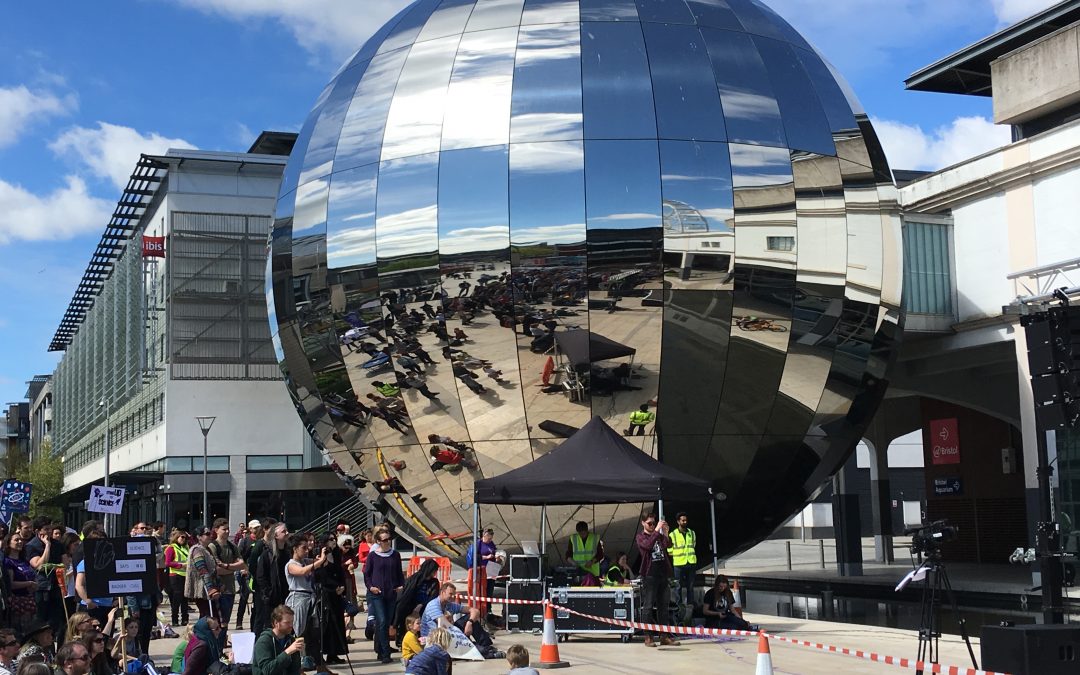 Saturday, April 22nd saw scientists marching in the streets in over 500 cities around the world. Just the week before, another march took place in Washington; a march to decry Donald Trump’s failure to release his tax returns as promised. My op-ed submitted to the Washington Post, comparing the two marches, just missed out, but I still believe its message is valid, important and will continue to be pertinent. So here it is; please feel free to pass it on, especially if you believe as I do that SCIENCE REALLY, REALLY MATTERS.

Last Saturday Washington received a deluge of marchers demanding that President Trump release his tax returns. This Saturday the city will receive a deluge of a different sort – a deluge of scientists and their supporters, voicing the critical role that science plays in each of our lives.

Well it has, and that’s why we scientists are marching. We aren’t just marching in Washington. There are 517 satellite marches planned for democracies across the world, all aiming to make the same point – that checking your beliefs and opinions against reality really, really matters.

Some people believe that President Trump’s tax returns will reveal damaging facts about his financial dealings. Others believe that he has nothing to hide, and simply wants to maintain his privacy. But until the returns are open to scrutiny, these opinions will remain just that – opinions.

In the opinion of most scientists, man-made climate change is real, and dangerous. The scientists’ opinions are based on facts that have been freely shared and are open to scrutiny. That scrutiny has convinced every – repeat, every – major scientific organization in the world that man-made climate change is real. But the response of those whose wealth or livelihoods are threatened by such inconvenient truths has been to attempt to suppress the facts, or to denigrate those responsible for bringing them into the open.

The attack on science extends far beyond climate change. There is an alarming trend toward discrediting scientific consensus and restricting scientific discovery. The trend encompasses almost every aspect of science, from the effectiveness of medical treatments to the search for distant planets. Unsupported opinion is given equal weight to rigorous checking against facts, and that’s why scientists are marching. Because we are the ones who do the checking, and our results belong to the whole community – not just to politicians, business leaders and opinionated fanatics to suppress or distort as they see fit for their own ends.

Our biggest problem as scientists is to get this message across. Some scientists are unhappy that we are marching, and argue that science should be above politics. In one sense, it is – the search for understanding extends well beyond the politician’s search for power or the business person’s search for profit. But we need to share our search and its outcomes more effectively with the wider community, and this is the main reason why we are marching – to enlist the support of the community, to show what we are about, and to share what we are about.

I will be marching in the British city of Bristol, arthritic knee and all. If it weren’t for science, I would not be physically able to march, but medical discoveries and, indeed, discoveries in physics with which I have been involved in a minor way, have made it possible. In fact, it is only scientific discoveries that have kept me alive and able to write this piece.

The great British scientist J.J. Thomson, discoverer of the electron, was once advised by a well-meaning visitor to give up all this scientific nonsense and do something useful. He was not to know that his discovery would ultimately lead to the computer on which I am writing this piece and the TV in your living room that will be showing images of the march. Thomson’s response was to point out that X-rays, with which doctors recently examined my knee, were actually discovered by someone trying to understand something quite different – how gases conduct electricity. The modern-day originators of the transistor, the Internet, and many anti-cancer drugs could make a similar point. Even Einstein could not have predicted that his General Theory of Relativity would be vital to the functioning of GPS devices.

The point is that you never know where scientific discovery might lead. We don’t know where our March for Science might lead, either. All we can do is to hope that it will draw attention and support for our plight, and help to restore science to its rightful place as a central part of everyone’s lives, and not solely for the service of power and profit.

IMAGE: (Len Fisher) The crowd outside @Bristol at the beginning of the March for Science in Bristol, UK