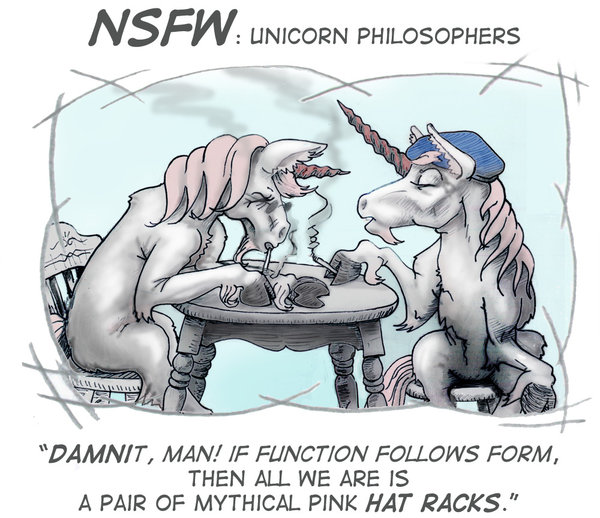 Johannes Kepler was a great scientist who fathomed the laws of planetary motion. Yet even he was susceptible to the sort of inverse logic that still traps many people today. It is called teleology – explanation by reference to some purpose, end, goal, or function.

Here is a quote from Kepler’s Mysterium Cosmographicum, published in 1596.

“We do not ask for what useful purpose the birds to sing, for song is their pleasure since they were created for singing. Similarly, we ought not to ask why the human mind troubles to fathom the secrets of the heavens … The diversity of the phenomena of Nature is so great, and the treasures hidden in the heavens so rich, precisely in order that the human mind shall never be lacking in fresh nourishment.”

Kepler’s astonishing claim that the universe was deliberately made complex so that we humans would have something to think about is the sort of fallacy that philosophers have a field day with (see e.g. http://plato.stanford.edu/entries/teleology-biology/). James Watson also had fun with it when he was working with Francis Crick:

“[After finding X-ray evidence for helical structures in tobacco mosaic virus] I anxiously awaited Francis’ arrival to confirm the helical diagnosis. When he needed less than ten seconds to spot the crucial reflection, all my lingering doubts vanished. In fun I went on to trap Francis into believing that I did not think my X-ray picture was in fact very critical. Instead, I argued that the really important step was the cozy-corner insight {Watson’s imagined mechanism for helix formation]. These flippant words were hardly out of my mouth before Francis was off on the dangers of uncritical teleology …”.

Teleology is still with us, and does indeed have a place to play in scientific argument if it is used carefully and critically (see, for example, http://scienceandbelief.org/2013/04/04/is-teleology-a-useful-concept-in-biology/). But, as J.B.S. Haldane once said “Teleology is like a mistress to a biologist; he cannot live without her but he’s unwilling to be seen with her in public.” It’s not a remark that would go down well in these days of gender equality, and nor should it. Maybe there is a hidden purpose behind some scientific truths but, if there is, science cannot usually prove or disprove its existence – and if you can’t prove or disprove a hypothesis, then you are not doing science.