100. Of cricket balls and icebergs 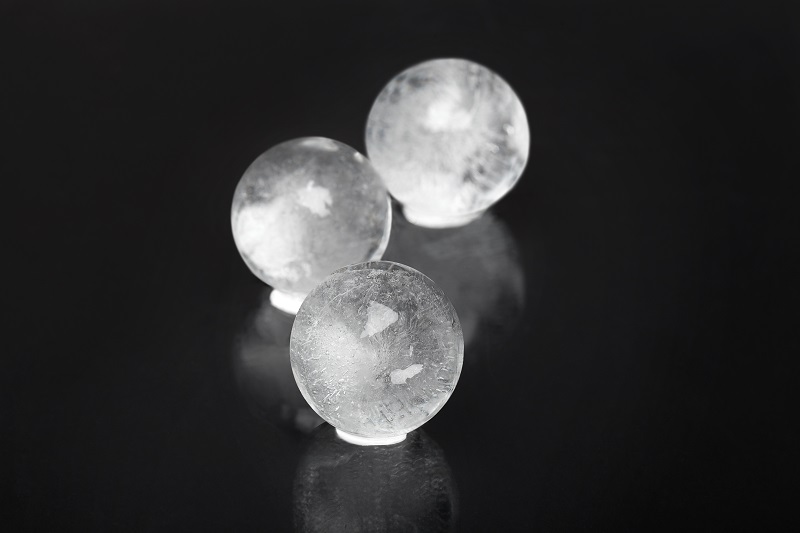 For my 100th post (how time flies when you are having fun!) here is another example of lateral connections. This one started when Matteo Rini, Editor of the American Physics Society’s Tip Sheet, told me about some experiments* where researchers had dropped ice-coated metal balls into water, and found that the ice-coated balls fell faster through the liquid because the ice coating reduced the viscous drag by up to 50%.

“So what?” you might ask. Well, you could make a bit of money by betting on the effect at a cocktail party (the original experiment was apparently inspired by cocktail-drink iceball makers). More seriously, it is relevant to calculating the rate at which icebergs drift through our warming oceans.

I was excited to find that one of the authors of the paper was the Australian mathematician Derek Chan, an adept at such calculations. I well remember my first meeting with Derek in the Research School of Applied Mathematics at the Australian National University. I was doing some collaborative work, in which my part was entirely to do with experiments, but I incautiously revealed that I had a degree in pure mathematics. When this came out, Derek turned around in astonishment and said “You??”

He was dead right. Real mathematicians like Derek are a breed apart, and it is real mathematicians who are helping us to work out the effects of the stagnant boundary layer that surrounds objects past which fluids are flowing.

The mathematics is complicated, but the picture is simple – well, simple-ish. And it applies to objects moving through any fluid – including air.

Which is rather appropriate on the day when I am updating this, which happens to be the beginning of the Third Cricket Test between England and Australia – a day when swing bowling could be a vital factor. And swing bowling, like the movement of icebergs, depends on the behaviour of the boundary layer.

As the ball is flying through the air, a thin layer of air called the “boundary layer” forms along the ball’s surface. The boundary layer cannot stay attached to the ball’s surface all the way around the ball and it tends to leave or “separate” from the surface at some point. The location of this separation point determines the pressure, and a relatively late separation results in lower pressure on that side. A side force or swing will only be generated if there is a pressure difference between the two sides of the ball.

Those aren’t my words. They are the words of Rabindra Mehta, a NASA scientist and former club fast bowler based in California, who has studied cricket-ball aerodynamics for nearly three decades.

You can read Rabindra’s full account at http://www.espncricinfo.com/magazine/content/story/258645.html. According to him, the key is how long the boundary layer “hangs on” before it lets go** . This is also a key when it comes to the flow of water around ice-coated objects, where the turbulent wake is much reduced by the presence of the ice and its effect on the boundary layer.

So there is an unexpected connection between cricket, icebergs and global warming. Throw in the physics of sex (see my last post) and the way that spermatozoa swim, and you have an ideal subject for conversation at you next cocktail party.

**But be aware that this is by no means the last word on the matter! The physics of fluid flow around moving bodies is replete with subtleties that are well beyond my areas of expertise, but let me quote Derek Chan’s email in response to this post: