The Great Barrier Reef is in great danger 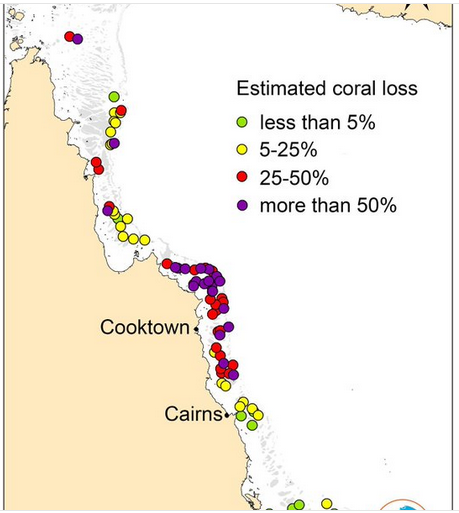 Here is the self-explanatory text of a letter sent to the Sydney Morning Herald, but not accepted for publication. Perhaps I should have been rougher, because the original draft referred to the exposed backside as being in need of a thorough kicking.

“The Government has had Australia’s name removed from a UNESCO report on the effects of climate change on World Heritage areas, including the Barrier Reef (Herald Environment May 27) in the interests of tourism. But scientific truth cannot be made to disappear just by burying one’s head in the sand, even the sand on tourist beaches. This simply leaves the vulnerable backside of truth and reality exposed for all to see. Surely it is now time for our government to face that reality, and act with courage and responsibility rather than cowardice and avoidance of inconvenient truths.

For an excellent account of the situation, and a link to a copy of the UNESCO report that Australia did not want the world to see, check out Michael Slezak’s article in The Guardian: http://www.theguardian.com/environment/2016/may/27/australia-scrubbed-from-un-climate-change-report-after-government-intervention