Some skeptical thoughts about technology and society 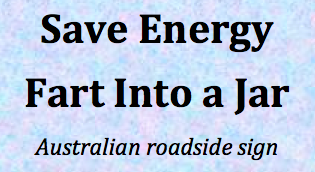 A few skeptical thoughts about our understanding and use of technology:

I’ve come up with a set of rules that describe our reactions to technologies:

Does this apply to you? Even though I’m a scientist, I regret to say that it applies rather too well to me. Perhaps that’s why I prefer the radio to television.

We have also arranged things so that almost no one understands science and technology. We might get away with it for a while, but sooner or later this combustible mixture of ignorance and power is going to blow up in our faces.

Sagan encapsulates the reason why I and my fellow science communicators work so hard to try to get science into our primary schools, into our minds, and into our way of life. If you feel the same way, why not join the effort?

… an entire political antitechnological left is emerging … It is still restrained by a web of logic that points out that without the factories there are no jobs or standard of living. But there are human forces stronger than logic. There always have been, and if they become strong enough in their hatred of technology the web can break.

Sadly, the antitechnology/antiscience movement seems to be growing ever stronger.

Save energy – fart into a jar