Rabelais in the modern world 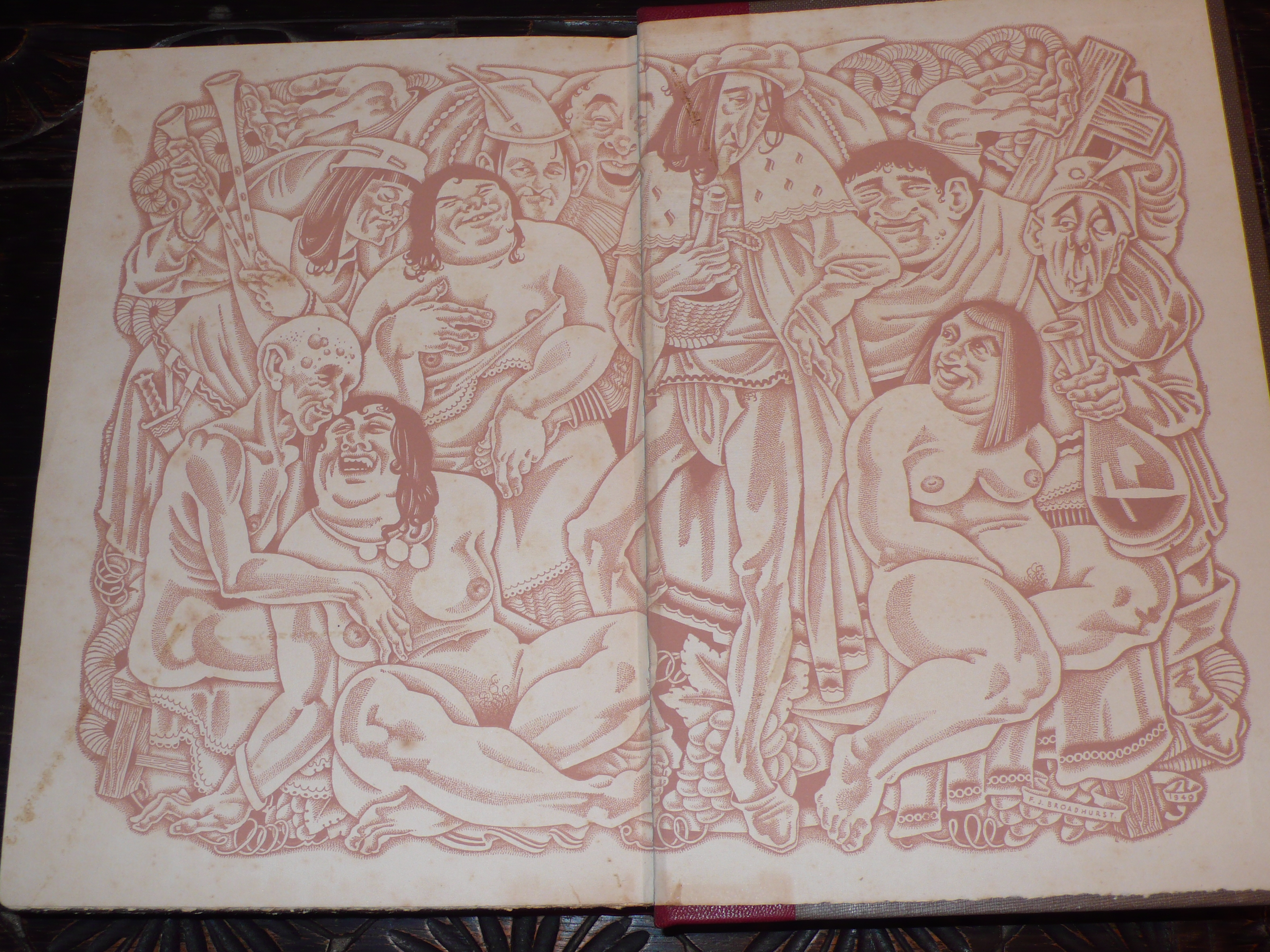 Rabelais’s rumbustious romp with the brief title  The Heroic Deeds of Gargantua and Pantagruel was written in the sixteenth century, with the first part being written in 1532. I am lucky enough to own a limited edition illustrated by the Australia artist Francis J. Broadhurst, and published in Australia just 420 years later.

While most people know of the book only as a boisterous, bawdy extravaganza, it is in fact a devastating social commentary, whose messages are often valid today. Take this quote, sent to me by my friend Lindsay Aitkin, from a letter by the giant Garguanta to his son Pantagruel, describing his novel experiences in the Paris of the time:

Printing … is now in use, so elegant and so correct that better cannot be imagined, although it was found out but in my time by divine inspiration, as by a diabolical suggestion on the other side was the invention of ordnance.

As Lindsay points out, the message about good and bad innovation rings just as true if we substitute “digital technology” for “printing,” and “nuclear weapons” for ordnance.

Simplistic, maybe, but the problem of ethical judgements and values that it represents is just as intractable now as it was then. Technology may change, but nothing seems to change when it comes to our own behaviour, which encompasses the use and control of technology.

IMAGE: Back inside cover of my copy of “Gargantua and Pantagruel”, illustrated by Francis Broadhurst (4/150) (Sydney: Angus & Robertson (1952)).