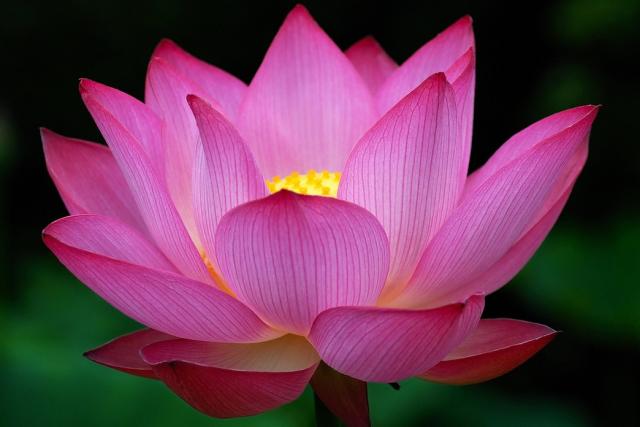 My latest “Ockham’s Razor” talk on Australian ABC radio contains a very important message about how science works and how it needs to be supported. I argue that Australia (and the world) need two types of science in order to flourish.

The first must be concerned with using the knowledge scientists and engineers already possess to provide solutions to problems and create new products. The other type of science – equally important – is concerned with seeking entirely new forms of knowledge.

Prioritising the former over the latter through ‘targeted research’ risks entirely missing the point of scientific enquiry.

You can here the full podcast at: http://www.abc.net.au/radionational/programs/ockhamsrazor/len-fisher-precious-petals-targeted-research/6518060

Here is the transcript:

This is an appeal on behalf of precious petals.

That’s what the Australian Industry Minister Ian Macfarlane called scientists who objected to the whole of science being subsumed under an industry portfolio.

I haven’t been able to find a formal definition of “precious petals,” but I suspect that the minister was referring to scientists who spend their time working on apparently esoteric questions, rather than getting their hands dirty helping industry to solve practical problems. By gathering the lot of them under an industrial umbrella, he presumably hopes to get them doing targeted research that is relevant to such problems.

“What’s wrong with that?” you may ask. And you will be asking with some justification, because most industries need science if they are to survive, prosper and advance. Maybe it is time for the precious petals to play their part.

My argument is that they are playing their part. It is an essential part that we risk losing in the rush to embrace so-called ‘targeted’ research. Because industry needs two sorts of science, not just one, and both are vital to our economic and social futures.

One sort of science is concerned with using the knowledge and understanding that we already have to come up with imaginative and innovative solutions to problems and to create new products. This is what happened with optical fibre technology, for example, where most of the physical understanding and mathematical know-how was already there for using light to transmit information over long distances along thin glass rods. It was just a matter of making it work in practice.

One of the problems that the scientists faced was getting rid of all the defects in the glass that might scatter the light, which was equivalent to manufacturing an absolutely clear glass window 10 kilometers thick. It was the precious petals in university and industry who got the job done, thanks to their combined expertise. But these aren’t the only petals that the flower of innovation needs.

Because there is another sort of science that industry also needs, and which the world desperately needs as well. This is the sort of science where people are seeking for new knowledge, and for new understanding. It is the sort of science that the British chemist Sir Harry Kroto was doing when he discovered a new form of carbon – a symmetrical ball composed of sixty atoms, which bore such a striking resemblance to the architect Richard Buckminster Fuller’s famous geodesic domes that it was promptly dubbed buckminsterfullerene.

Other fullerenes have since been found, in the form of nanotubes, megatubes, and even nano-onions. Together with the original buckminsterfullerene, they are already finding wide application in the electronics industry, in the manufacture of new ultra-strong materials, and even in medicine, where their derivatives can be used to attack cancer cells. But people only looked for these developments and applications once the first fullerene had been discovered. The applications couldn’t have been envisaged, since no one knew that fullerenes existed. Only one scientist had dreamed that they might exist theoretically, and his theory was dismissed as just that – a dream. In fact, his paper was never accepted for publication.

How can we catalyze the sort of useful, serendipitous discovery that fullerenes represent? The politicians’ answer is through ‘targeted’ research – in other words, research that seems directly relevant to the problem at hand. If it worked, then subsuming science under an industry portfolio would make perfect sense. But there is just one problem. It doesn’t work. To paraphrase the physicist J.J. Thompson “if we had had targeted research in the Stone Age, we would now have wonderful stone axes, but no one would have discovered metals.”

In fact, their discoverer, the German physicist Wilhelm Röntgen, was investigating the passage of electricity through low-pressure gases, and had no thought of producing something that would let doctors image broken bones or (in my case) bones grinding together in the knee as a result of damage sustained during long-distance running.

Harry Kroto had something to say about targeted research. What he said was:

Harry’s claim is itself supported by research. Some of the most compelling evidence was uncovered by the American physiologists Julius Comroe and Robert Dripps in 1976, when they analyzed the research origins of the ‘Top Ten’ post-war clinical advances in cardiovascular and pulmonary medicine and surgery. They found that two-thirds of the research articles on which these advances were based had no clinical application in mind when the research was done, let alone the application to which the results unexpectedly led. Going back rather further in history, Galileo’s discovery of the square-cube law that engineers still use to calculate the approximate strength of structures arose from his efforts to calculate the dimensions of Hell as described in Dante’s Inferno.

Let me repeat – most of the practical scientific, technological and medical advances that we have made have come from research that had no apparent connection to the problem at the time when it was performed.

Let me give you just three more examples. These come from a report written by Sir John Cadogan Curiosity-driven Blue Sky Research WEB LSW copy after he quizzed Fellows of the Royal Society about the relevance of theirs’ and others research. It was the report in which Harry made his comments.

The real point is that this sort of discovery is not an occasional byproduct of precious petals playing in their laboratories. THIS IS THE MAINSTREAM. This is what we need to invest in if fruitful industrial applications, as well as new understanding, are to be forthcoming.

So how should we go about making such investments? ‘Targeted’ research is not the answer, not matter how conceptually neat or politically practical it might seem to be. So is there another answer?

Well, there is. It was pioneered in Australia, and it was called CSIRO – the Commonwealth Scientific and Industrial Research Organization. It was a half-way house between universities and industry. An organization where groups of scientists working in different Divisions focused on problems relevant to minerals, agriculture, pests and so on, but where there was constant inter-communication so that ideas and discoveries from other fields could be picked up on and pursued for their application to quite unrelated problems.

OK, I am giving a rather idealistic picture, but I was privileged to work for CSIRO for twenty years, and I and my fellow scientists know that it worked – or, at least, it did work, until open communication gradually became replaced by secrecy and compartmentalization.

Another place where a rather similar system still works is in Germany, where they have the Max Planck Institutes. These are rather similar to the old CSIRO Divisions, although with fewer ties to industry, but with each devoted to a different, fairly broad area of science or technology. They are named after the German physicist who originated quantum theory – an idea that seemed to have no practical application at the time, but which led to lasers, which underpins modern communication, and which will form the basis of the next generation of computers, to name just a few of its applications.

The Max Planck Institutes, like the old CSIRO, thrive on open communication and the ability of scientists to pursue problems that they see as important. But, as Harry Kroto found out, the case for this sort of science is hard to make to politicians, and even perhaps to you who are still listening. It smacks of elitism, and of scientists playing in their laboratories, rather than getting down to the serious business of helping the nation to make money.

Yet supporting scientists to pursue their vocation in this manner is the best way to enlist their support for economic progress. The German Government realizes this, and guarantees future increases in the national science budget of 3% per year. This is in stark contrast to Australia, where funding cuts are the order of the day.

But this isn’t really about money. It is about understanding – understanding how science really works, and understanding how we can harness it, not just for industrial productivity, but also to help tackle the problems that the world now faces, from resource depletion and energy usage to climate change and international cooperation.

Here Australia has a responsibility. We are a developed and wealthy nation, and we should be shouldering our share of the investment in understanding and solving long-term global problems. A major part of that investment involves scientific understanding, and I know from personal experience that Australian scientists stand ready to get on with the job. I also know from personal experience that most scientists work harder, and for longer hours, than many other professional people of my acquaintance. We have to, because we are often more under the control of our experiments than they are of us – to the extent that I once had to take all my clothes off and work naked through the night in order to keep working in a closed laboratory whose temperature was set to forty degrees centigrade, rather than lose the results of a long-running experiment.