POWER, PEAS AND PROGRESS: A SCIENCE HISTORY TOUR OF CROATIA, HUNGARY, AUSTRIA, THE CZECH REPUBLIC AND THE U.K. (2007)

We arrived from our international flight to Vienna, where we spent the next four nights. We met as a group to introduce ourselves and discuss what we hoped to get from the tour. In the evening we had dinner together and discussed our options for the next two days. We were spoiled for choice when it comes to sites of scientific historic significance and technological fascination in the Vienna area. We were able to select from some of the following:

Today we traveled from Vienna to Brno in the Czech republic, where we visited the Abbey that was the home of Abbot Gregor Mendel when he performed his experiments with peas that became the basis of modern genetics. We explored his recently reconstructed garden, and enjoyed some fine dining in the monastery cellars  before travelling on to Budapest, where we spent two nights. The city has produced many famous scientists, including John von Neumann, inventor of many concepts used in the modern computer and probable model for Dr. Strangelove. 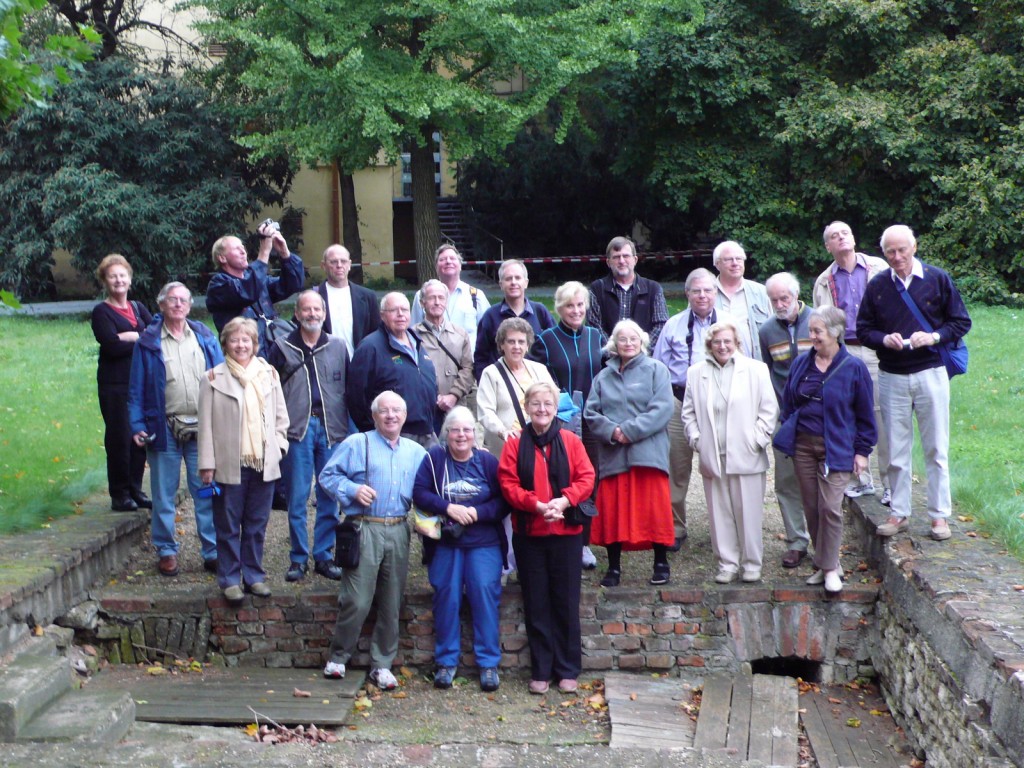 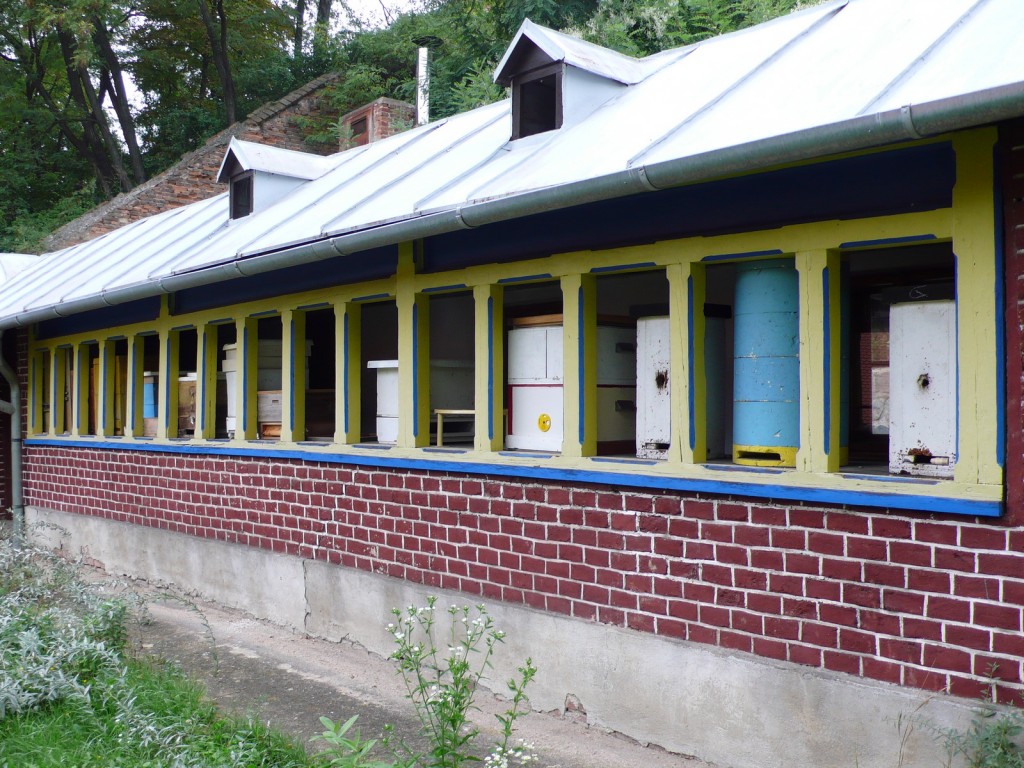 We had a choice of interesting things to do and places and things to see in Budapest, including:

Today we traveled to the beautiful city of Split, capital of the Croatian coastal province of Dalmatia, where we stayed for the night in the perfectly preserved mediaeval town ofTrogir, only 2km from Split airport. In the afternoon we went into Split to explore the architectural masterpiece of the Roman Emperor Diocletian’s palace. Just outside Split lie the ruins of the ancient Roman city of Salona, whose antique water supply still services part of the city of Split through beautiful Roman aqueducts which will see along the road connecting Split to Salona.

Today we first visited the city of Sibenik, half an hour up the coast from Split. This was the home of Faust Vrancic, the first parachutist, who elaborated the design developed by Leonardo DaVinci and tested it (successfully!) by jumping from a tower in Venice in 1617. We visited the museum ‘Wells – Secrets of Sibenik‘, where Vrancic’s story is told. We also visited the lovely Cathedral of St. Jacob, built by the world famous Croat, architect Juraj Dalmatinac.

In the afternoon we traveled on to the Plitvice Lakes National Park (a UNESCO World Heritage Site) with its sixteen lakes, inter-connected by a series of waterfalls, set in deep woodland populated by deer, bears, wolves, boars and rare bird species. We stayed here for two nights. The rest of our afternoon was free to enjoy the sights of the park. 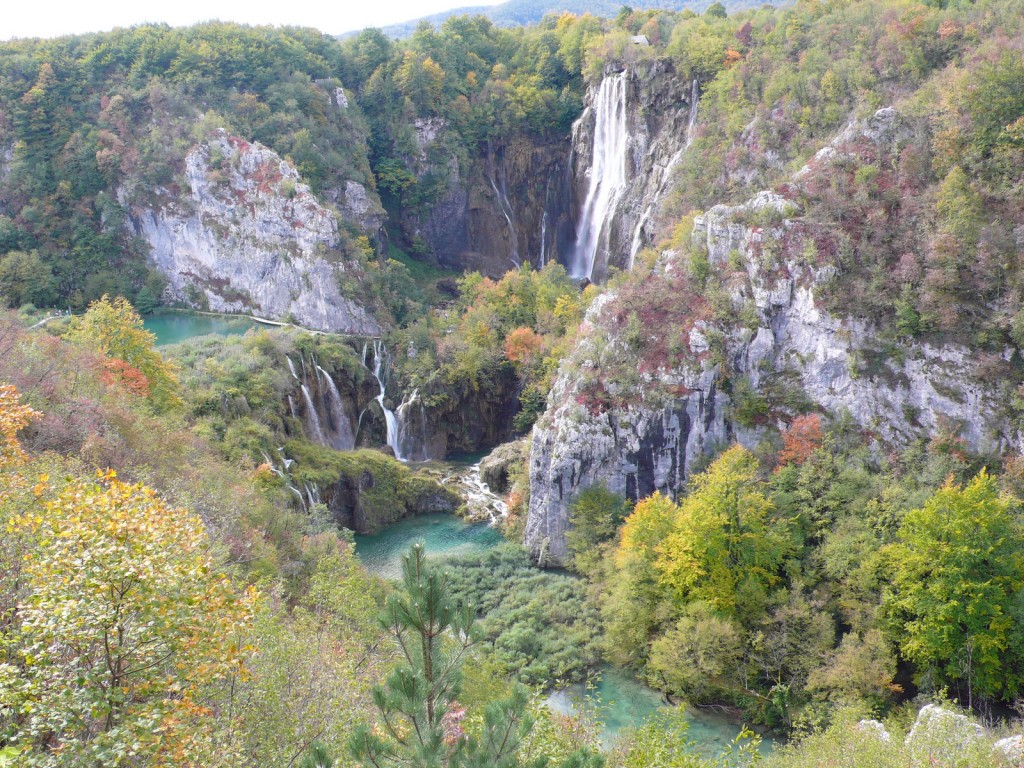 Today we visited the nearby tiny village of Smiljan, birthplace of the most famous Croatian scientist, Nikola Tesla, whose name is honoured in the modern unit for the strength of a magnetic field. Magnetic resonance imaging machines (MRIs), for example, produces a magnetic field of 5-6 teslas.

Tesla’s home has recently been converted into a museum. He is best known for his invention of the alternating current (AC) motor, whose first design he drew in the sand of a Budapest park with a stick. He migrated to America when he was 28, and successfully promoted the use of AC in opposition to Edison’s less efficient DC power supplies, harnessing the power of Niagara Falls in the process. He eventually produced over 700 patents. Perhaps his inventiveness stemmed from his mother, who was an inventor of kitchen appliances in her own right.

We returned to Plitvice for our second night in beautiful natural surroundings. 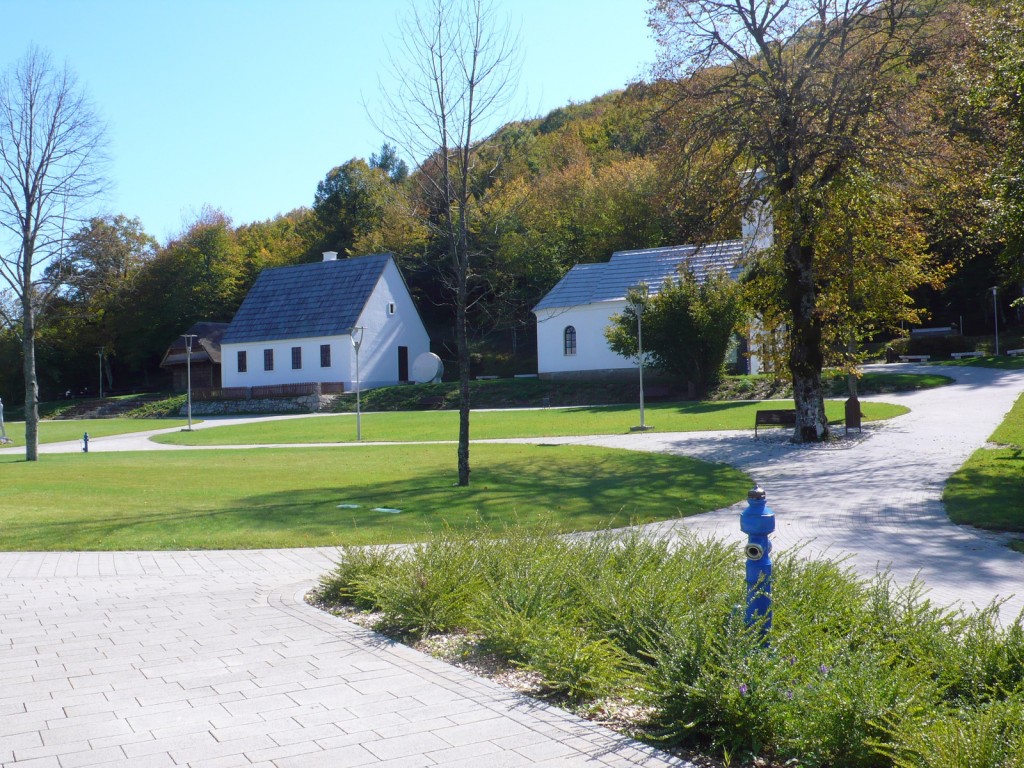 The wonderful Tesla museum in Croatia

We flew from Split to London and travelled by coach to our base in the countryside between London and Oxford. The afternoon was free, but in the evening we were joined at dinner by some mystery scientific guests, who talked to us about their activities.

Today we visited Bletchley Park, home of allied code-breaking efforts in WWII. We looked through the ornate Victorian Mansion that was headquarters to intelligence staff during the War, inspect the Enigma Machines used by the Germans to encode their communications, and check out the tales of spies and strategic deception. 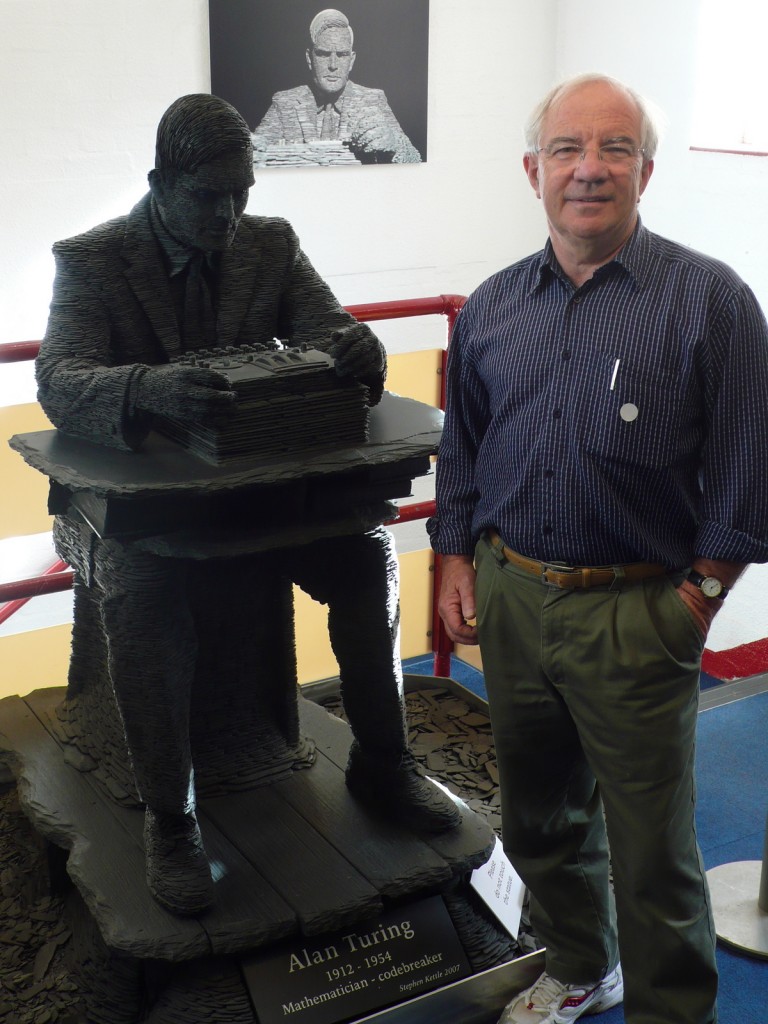 At Bletchley Park with Alan Turing 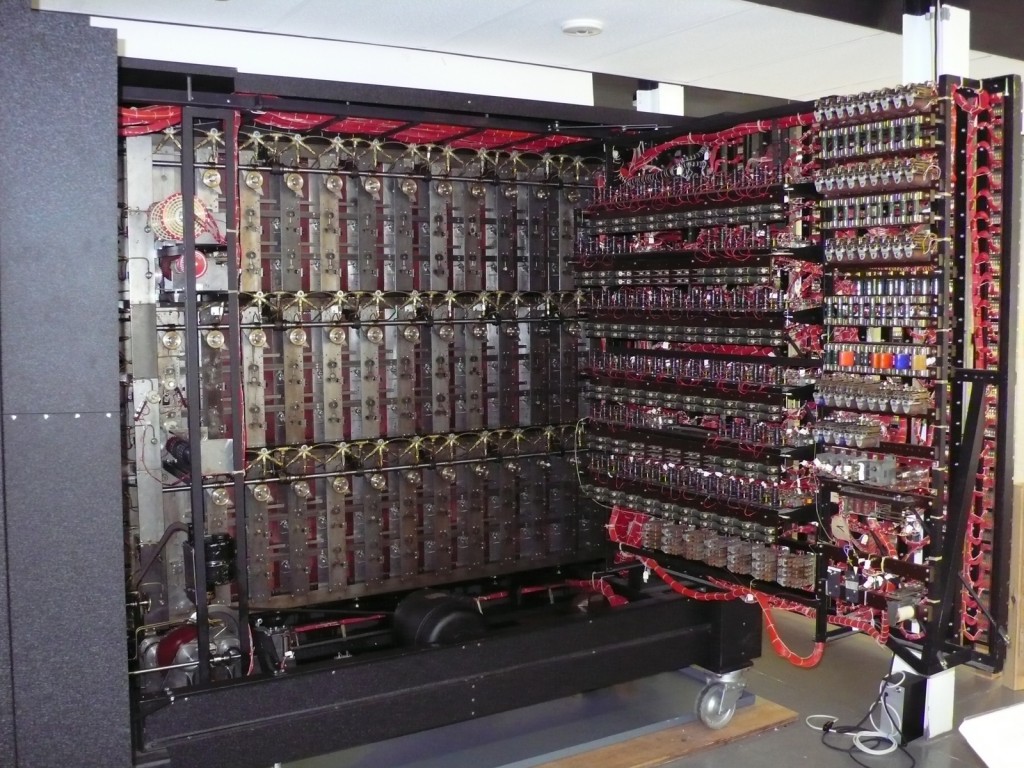 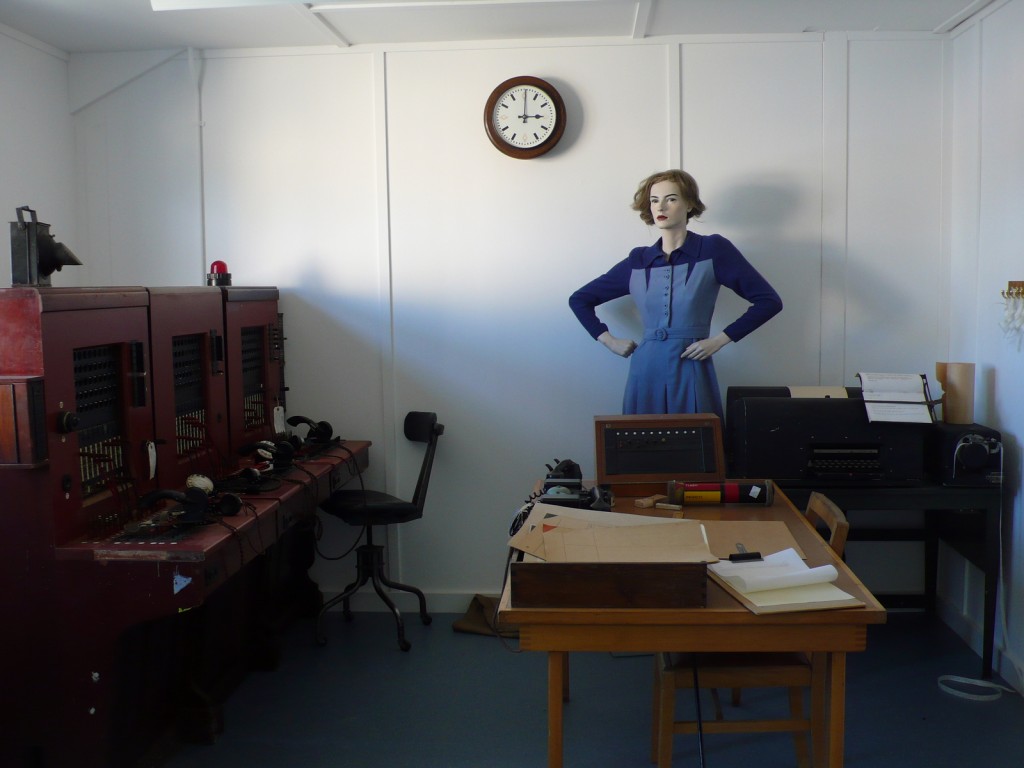 In the morning we visited the Wellcome Trust Sanger Institute outside Cambridge, home to the human genome project, the modern realisation of the genetics revolution that began in Mendel’s garden. We visited the project, and find out about the Institute’s work on the Cancer Genome Project, human genetics and disease, and the genetic study of human origins.

We then traveled north to the village of Skillington, near Grantham, for lunch at the renowned Blue Horse pub, after which we visited Woolsthorpe Manor, where Isaac Newton was born. His house is now a museum where we tried out replicas of some of his experiments, as well as taking the opportunity to sit and be photographed under a descendant of the famous apple tree, still growing in the garden. 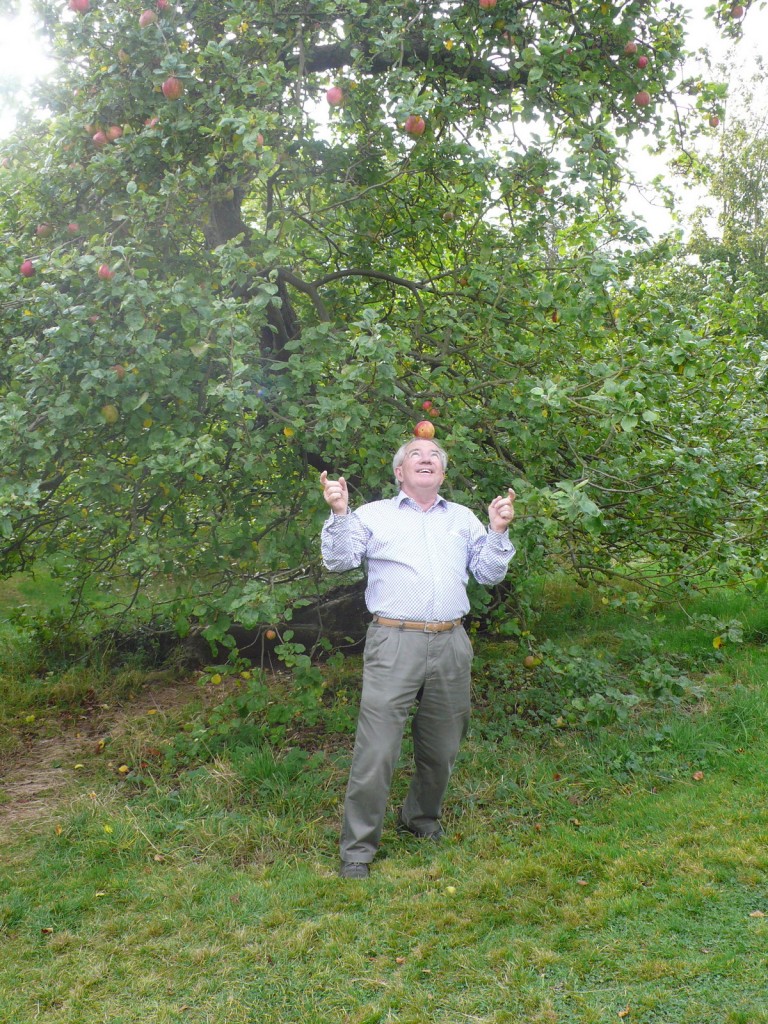 Today we traveled South-West through the Cotswolds to Wiltshire. We visited Bowood House, where Joseph Priestley discovered oxygen, and where his laboratory is still preserved. We then moved on to Lacock Abbey, where William Henry Fox-Talbot performed the first experiments in photography, and where we visited the museum of early photography and try our hand at photographing the glazed window that was the subject of his first photograph.

Today we traveled to South-West London and the Kew Bridge Steam Museum, which houses a collection of giant pumping engines in a Victorian waterworks on the River Thames. The engines include the largest running beam engine in the world. Afterwards we make a visit to the world-renowned Kew Gardens, where we were introduced by the curators to the botanical research that they are doing. In the evening we returned to our base for a farewell dinner for those who are leaving the tour here.

Those who left the tour at this stage travelled to Heathrow, while the rest of the group took the Optional Extension to North-West England and Britain’s Industrial Heritage. 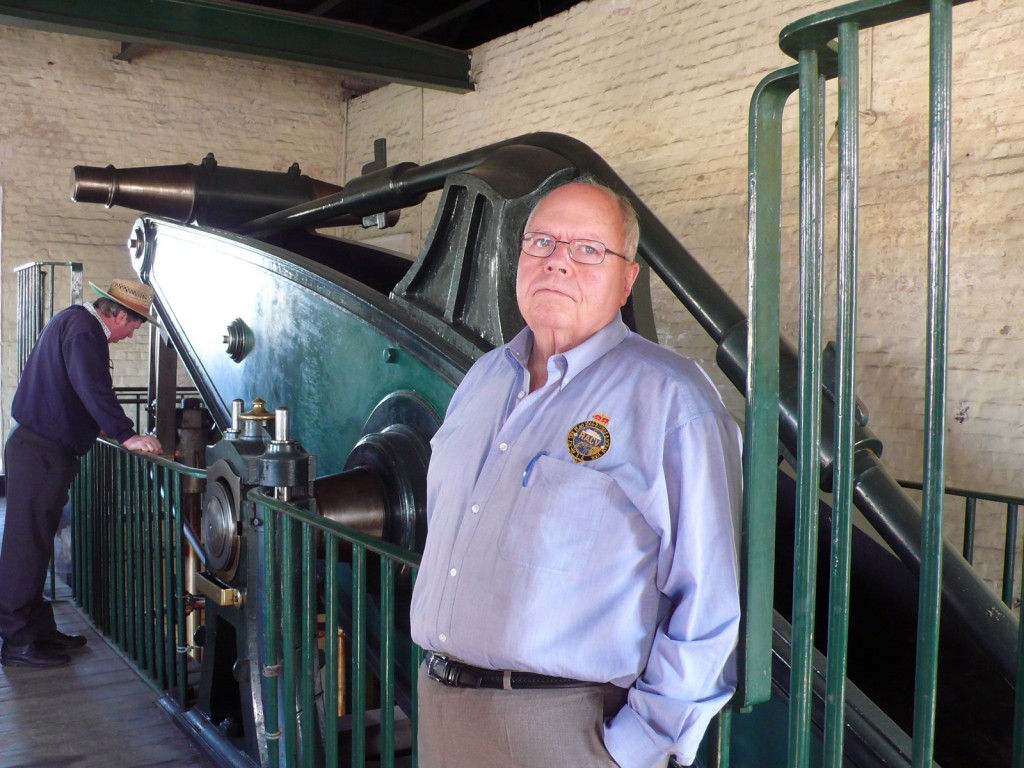 We were based in the glorious Peak District. On the way, we visited The Derwent Valley Mills. Snaking 15 miles down the river valley from Matlock Bath to Derby, the World Heritage Site contains a fascinating series of historic mill complexes, including some of the world’s first ‘modern’ factories. No less important are the watercourses that powered them, the settlements that were built for the mill workers, and the remains of one of the world’s earliest steam railways – all nestling within a stunningly beautiful landscape that has changed little over two centuries.

Over the next four days we visited four fascinating centres of Britain’s Industrial Heritage:

Wigan. One of the centres of the industrial revolution, and particularly interesting to us because of Wigan Pier Museum, with one of the largest steam-driven engines used for powering cotton looms and still running daily.

Birmingham, where we focused on The Black Country Living (Outdoor) Museum, with replica of Newcomen’s first engine, canal boats and even a proper coal mine. Here we saw demonstrations of metal-working, sweet-making and glass-cutting, enjoy a pint at the Bottle and Glass Inn, and even have a lesson in the old-fashioned schoolroom.

Manchester, where our focus was on the Museum of Science and Industry with its working replica of “The Baby”, the world’s first digital storage computer. The museum is situated in the oldest passenger railway building in the world, and tells the story of the history, science and industry of the world’s first industrial city. It’s not the only attraction of Manchester, but the rest is a surprise. 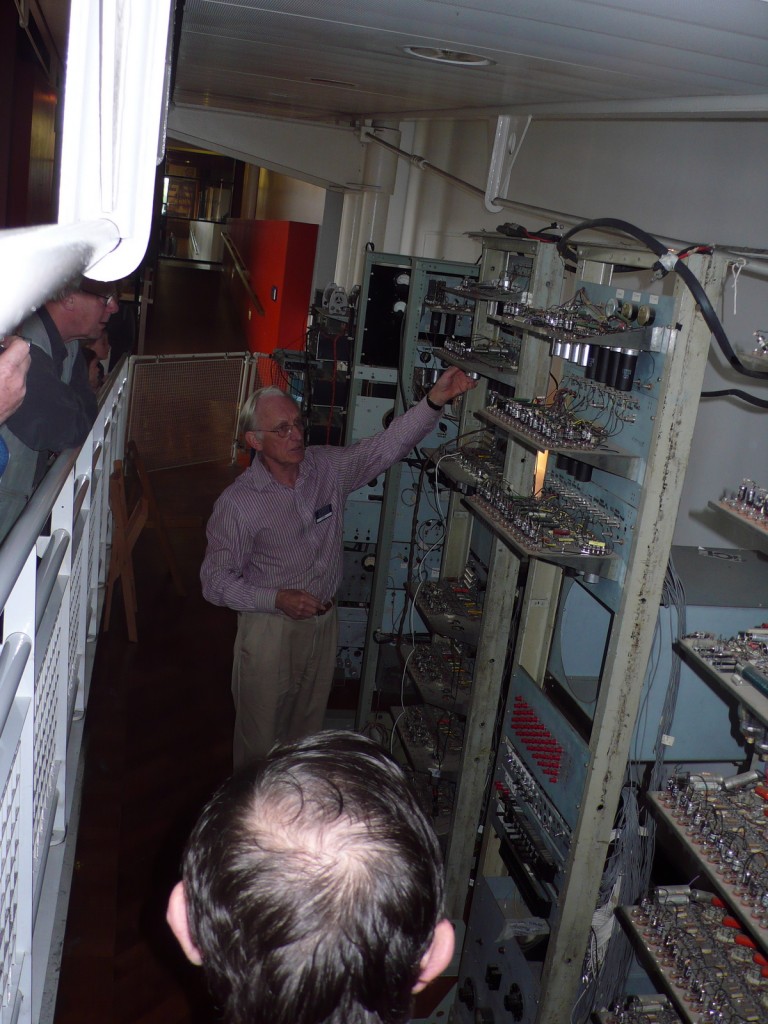 The baby restored and working

The pièce de résistance of our tour of the North-West – Ironbridge and the Ironbridge Gorge Museum, which tells the story of the building of the world’s first iron bridge, a remarkable structure which was cast in the sand beside the river that it spans. We also visited the nearby Blists Hill Victorian Town, where visitors can experience the atmospheric way of Victorian life in the late 1800’s. Life is re-enacted by townsfolk, who wear the attire of the day and who go about their daily lives in the shops and workplaces of this authentic Victorian community. Many have been specially trained with specific skills and crafts and are ready to demonstrate to visitors, exactly how certain tasks would have been done a small industrial town towards the end of Queen Victoria’s reign. 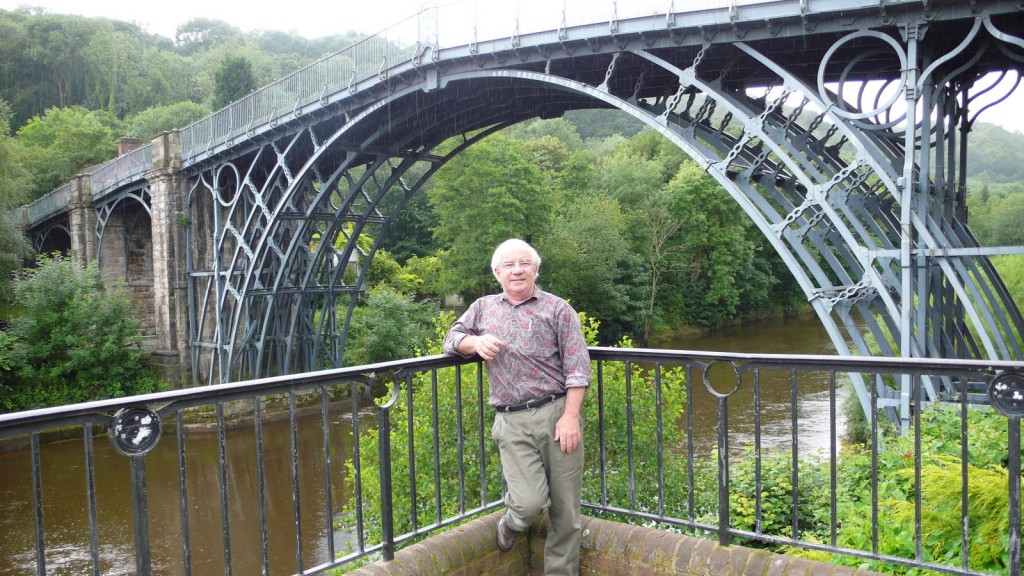 At Ironbridge – cradle of the steel industry

After a farewell lunch, we reluctantly travelled to the airport of our choice for the journey home, there to organise our photographs and relive our memories.