90. Millikan and Ehrenhaft: a lesson in scientific thinking

by Len Fisher | 2 Jun 2015 | Mini Stories from Science, Think Like a Scientist: Media and Writing | 0 comments 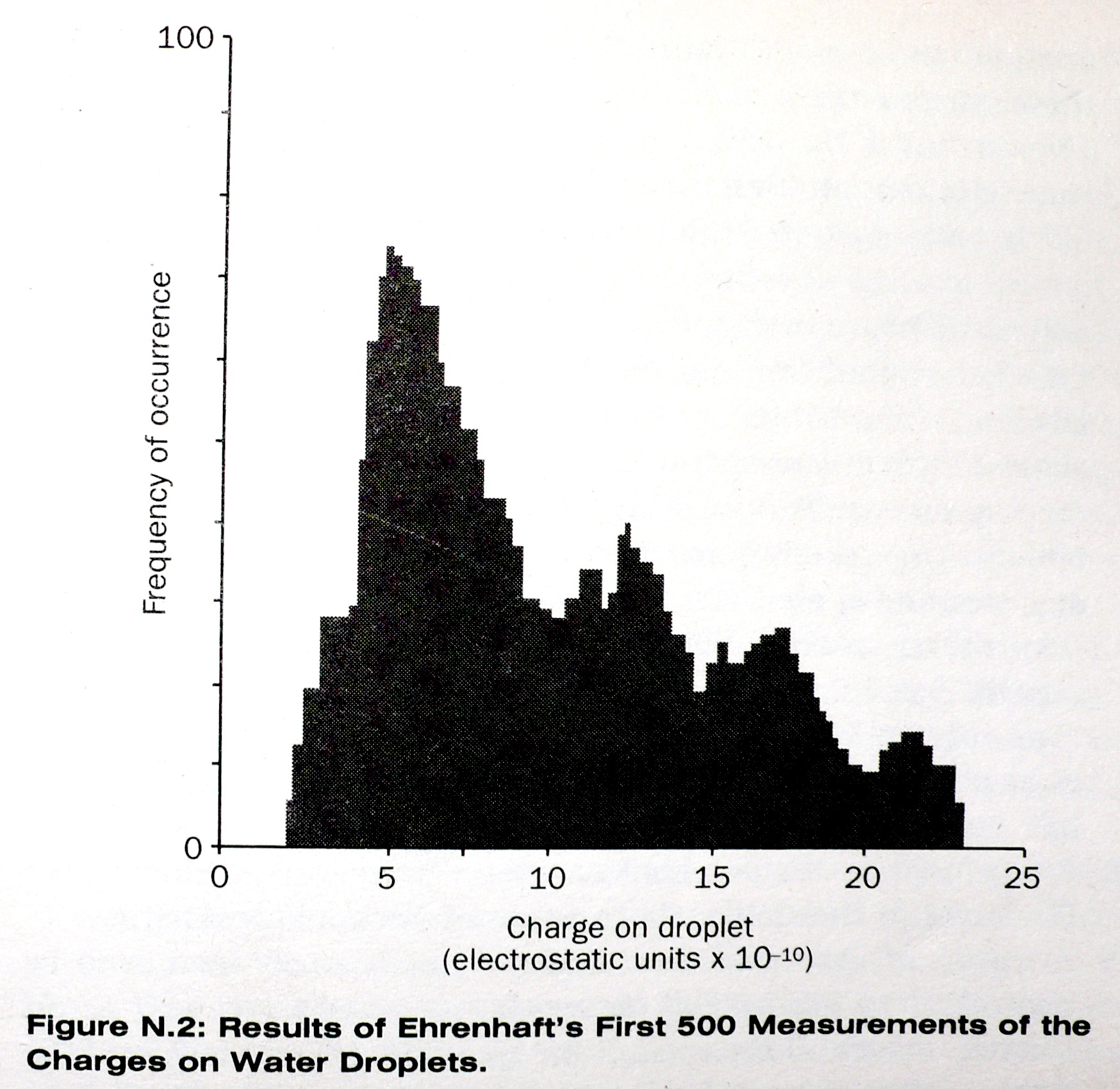 Today (June 2nd) is the 102nd anniversary of Robert Millikan’s publication of his measurements of the charge of the electron. But he had a competitor – the congenial Viennese physicist Felix Ehrenhaft, a frequent host to Einstein and others. So how come Millikan got a Nobel Prize for his work, while Ehrenhaft has disappeared into scientific obscurity.

It’s a lesson in scientific thinking – the real stuff, not the stuff that they feed you in textbooks.

Ehrenhaft used a technique where a cloud of tiny water droplets was sprayed between two horizontal, but oppositely charged, metal plates. Occasionally, a droplet would pick up a stray electron (perhaps liberated by a passing cosmic ray). The charged droplet would then start moving toward the positively charged upper plate. By measuring the rate of movement, the experimenter could calculate the electric charge (for details of this and the Millikan’s later “balanced drop” method, see Mansoor Niaz’s excellent article “The Oil Drop Experiment: A Rational Reconstruction of the Millikan-Ehrenhaft Controversy and Its Implications for Chemistry Textbooks” Journal of Research in Science Teaching Vol. 37 (2000) 480 – 508 (http://www.umich.edu/~chemstu/content_weeks/F_06_Week4/Mullikan_Erenhaft.pdf).

The problem was that some of the droplets, unaware of the experimenter’s intentions, inconveniently chose to pick up more than one electron. Ehrenhaft knew that this was a possibility, and took many measurements, calculating the charge on each drop and looking for a common factor which would be the charge corresponding to just one electron. He drew a frequency distribution of his results, showing how many times each particular value of the charge occurred. Above are the results for his first 500 experiments, redrawn from his original data.

The charge on an individual electron is now know to be 4.80 x 10-10 electrostatic units, and it seems obvious in retrospect that Ehrenhaft’s first (and largest) peak corresponds to drops carrying just one electron, with the other peaks corresponding to drops carrying 2, 3, 4 … electrons. The scatter in the results (something that all scientists have experienced) could be due to dust, pairs of droplets sticking together, convection currents, or any of another of other reasons.

But Ehrenhaft didn’t see it that way. He believed that all of his results should be given equal weight, since he could see no reason to believe one more than another, and that they were all accurate to 3, 4 or even 5 significant figures, so that each tiny horizontal step represented, not experimental error, but the addition of another electron. He thus ended up calculating a charge on the electron that was around a hundred times smaller than the actual value.

Robert Millikan, meanwhile, was performing very similar experiments to Ehrenhaft, but eventually used oil instead of water, and robustly chose to focus on one or two significant figures, also using his judgment about which were the “best” experiments (one famous page in his notebooks contains the annotation “Beauty. Publish this surely, beautiful!”. He also robustly chose to ignore results that did not seem to fit with the majority (another note next to a discrepant result reads “this can’t have been an oil drop”).

Which just goes to show that judgment enters into science just as it does in every other area of life. But did Millikan have good judgment – or was he just lucky?