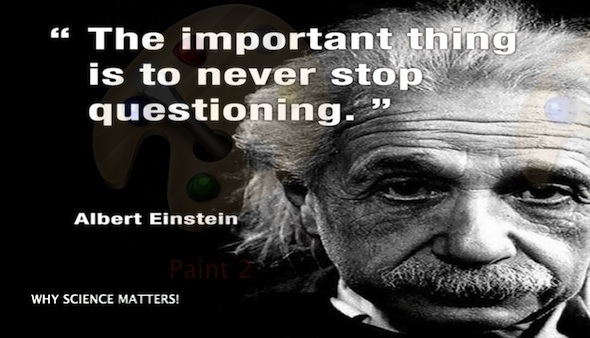 But the why is equally important, and it is a question that is by no means easy to answer. If you think that it is, imagine that an interviewer on a live TV programme has just put the question to you, without warning, right now. How would you reply?

I have been placed more than once in this sort of precarious position. Usually, I have tried to imagine in advance what an interviewer might ask, and have an answer prepared. If I haven’t, I try quickly to remember anything that I have read that might be quotable, or could be paraphrased.

In this case, Carl Sagan comes to our rescue:

We have also arranged things so that almost no one understands science and technology. We might get away with it for a while, but sooner or later this combustible mixture of ignorance and power is going to blow up in our face*.

Sagan’s answer would probably satisfy most people (certainly most scientists and science teachers), but to my mind it doesn’t touch the heart of the issue. On the other hand, it would be very difficult to encapsulate the real answer in a sound bite. Because the real answer goes something like this:

Now try encapsulating that in a sound bite. Good luck.

Incidentally, I have written a bit more extensively about the difference between the scientific beliefs that have led to the modern world, and the religious beliefs that still survive from the ancient world, in my book Weighing the Soul.