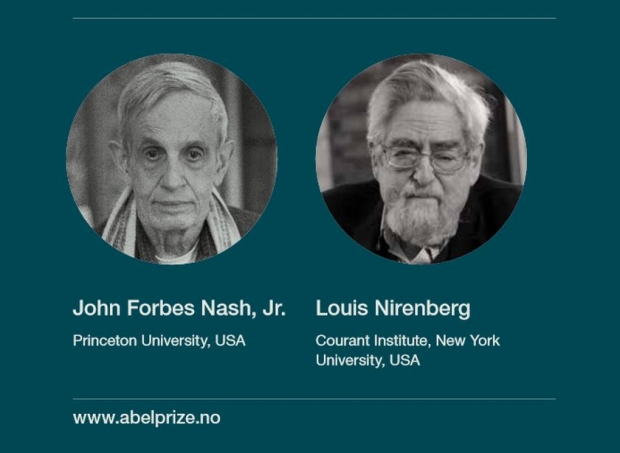 John Nash has recently been awarded the prestigious Abel Prize (the “mathematicians Nobel”) at the ripe old age of 90 for “for striking and seminal contributions to the theory of nonlinear partial differential equations and its applications to geometric analysis.” But his fame, and his actual Nobel Memorial Prize, rest on his discovery of the “Nash equilibrium” at the ripe old age of 21.

The Nash equilibrium is central to many of the social problems that we face today. Nash himself regarded it as one of the less fundamentally important of his discoveries, and his recent award of suggests that his judgment may well be right. But there is little doubt this is the discovery that is more important for our future. Which is why I wrote a popular book about it (Rock, Paper, Scissors: Game Theory in Everyday Life) a) because I believe that the problems it raises are central to our future and b) because I was sick of waiting for a real expert to write one. But this didn’t make me an expert myself.

One of the surprise results was an invitation by Hans-Henning Kortüm from the University of Regensburg to come and give a popular lecture on game theory. “”We need no deep analytical contribution,” his invitation said “because there will be no game theory experts in the audience.” This was just as well, because with me present there still wouldn’t be any experts. When push came to shove, however, I found myself addressing an audience that contained a plethora of game theory experts, including Peter Hammerstein, the man who had organized the Nobel seminar celebrating John Nash’s contributions to game theory (http://www.nobelprize.org/nobel_prizes/economic-sciences/laureates/1994/nash-lecture.pdf) after Nash himself was too ill too attend!

It’s probably superfluous to say that my rather simplistic talk met with a fairly cool reception. But a simple account of game theory is just what is needed in a broader context, because it is SO important, and SO little understood – especially by the people who made the film A Beautiful Mind, a film riddled with errors and half-truths (http://www.theguardian.com/film/filmblog/2012/dec/19/a-beautiful-mind-john-nash), and which even gets the only example wrong.

Which is why I have decided to outline over the next several posts the idea of the Nash equilibrium, the remarkable thinking that led to it, and the almost equally remarkable thinking of those who are trying to find ways around the dilemmas that it exposes, starting in the next post, with the story of Tosca and her operatic struggles – a story that encapsulates the problem that Nash analyzed.