54. Erections in the Year of Light 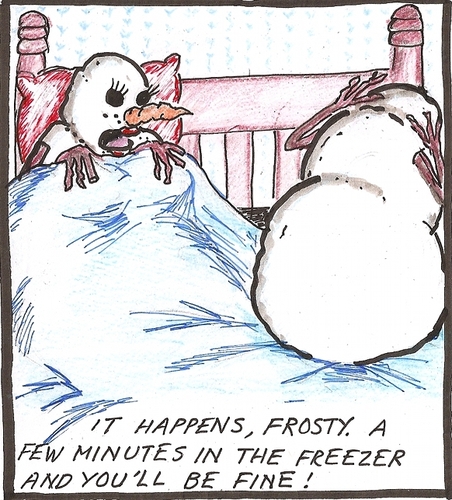 Erectile dysfunction, the subject of many a cartoon, is in reality a very distressing condition that affects more than 150 million men worldwide. But now, in this Year of Light, light has come to the rescue.

But first, a little history. Some of the early devices that were used to treat it are displayed in the online Museum of Erectile Dysfunction (http://www.magicbluepill.com/museum/devices.html). They include external penile splints (some early ones were made of bamboo, which staggers the imagination); pumps (both hand and motor driven); and a variety of straps, rings and constrictors.

All of these were engineering solutions, and required an engineer’s imagination. Biological solutions, in the form of aphrodisiacs, have an even longer history, and require even more imagination, since most of them have no actual biological activity whatsoever, and belief in them stems from their supposed resemblance to human sexual organs. But, as the Danish philosopher, engineer and poet Piet Hein sagely noted:

so whatever you dream

will be something with sex.

An exception concerns those supposed aphrodisiacs that acted as an irritant to the sensitive mucous membranes. The Romans used nettles in this way, rubbing them on the penises of under-performing bulls, which may explain why the Romans were such fast runners. The best-known irritant material, though, is cantharadin, the active principle of the blister beetle known as Spanish fly. Its effects as an irritant were nowhere more effectively displayed than when, in 1869, a whole battalion of French troops stationed in North Africa reported sick with gastric pains and permanent erections. It transpired that they had been eating the legs of the local frogs, which had in turn been feasting on blister beetles.

The British answer to cantharidin was cocoa. In the early 1950s a rumour went around that cocoa was an aphrodisiac, stimulating the following poetic comment:

Half past nine – high time for supper;

Helen thinks it quite delicious,

John prefers it now to beer.

Knocking back the sepia potion,

For they’ve stumbled on the secret

Of a love that never wains.

Rapt beneath the tumbled bedclothes,

Cocoa coursing through their veins.

The first real breakthrough, though, came with the discovery of papavarin, whose effects were spectacularly demonstrated by the psychiatrist Charles Brindley at a meeting of the British Andrological Society. Brindley lowered his trousers at the start of his talk, injected a solution of the drug into his thigh, and ‘display[ed] the results throughout the duration of his hour-long talk.’ Unfortunately, the effects could last much longer – up to a week in some cases, which led not only to discomfort but to the very real danger of gangrene.

Now we have Viagra, which was originally developed as a treatment for angina. Luckily, a sharp-eyed researcher noticed that men involved in the trials were not returning the left-over pills at the end, and began to ask why. The rest is history.

Viagra acts by prolonging erections, though not to the extent that papavarin could. It also has the advantage that it can be taken orally, but the disadvantage that its use is inadvisable for those with hypotension, decreased liver function, or who have suffered as stroke, a heart attack or severe heart failure.

This is where light comes in, because scientists in Basel, Switzerland have now developed a new gene therapy approach, where a gene that can be activated by blue light is injected into the penis (this only needs to be done once!). To get an erection, just switch on the (blue) light! It’s been tried on rats, and it works fine; sometimes almost too well. One day, hopefully, it will be available for humans as well.

It’s a great example of lateral scientific thinking, since genes that can be activated by an external signal (e.g. radio waves) are already being developed for treatment of heart problems, diabetes and even mental states. It’s all there in the paper (see https://www.ethz.ch/en/news-and-events/eth-news/news/2015/03/pr-bluelight.html for a summary)!