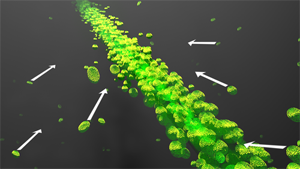 We’ve all seen light pipes – in fact, that’s what the optical fibres are that carry broadband signals to our homes. Light bounces along the inside, but can never escape until it reaches the end, as the illustration below shows: 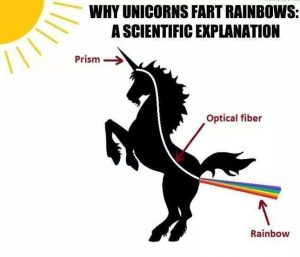 Incidentally, the technology behind this is astonishing. Imagine looking through a kilometer thick window and seeing what is on the other side without distortion. That’s how clear a light pipe has to be.

But the authors of this paper haven’t used glass. They’ve used bacteria, which are sucked by infinitesmal forces into the centre of a laser beam to form a living light pipe. The authors suggest the behavior might be exploited to perform noninvasive medical diagnostics with light beams that can induce self-focusing in a sample. Maybe so. But to me the attraction lies in the sheer beauty and elegance of the experiment, which reminds me of the excitement that I felt when I first managed to visualize a membrane-mimicking molecular structure just two molecules thick, edge-on, using a not dissimilar technique. But that’s another story.